EDUCATION REPRESENTS the type of GOVERNMENT 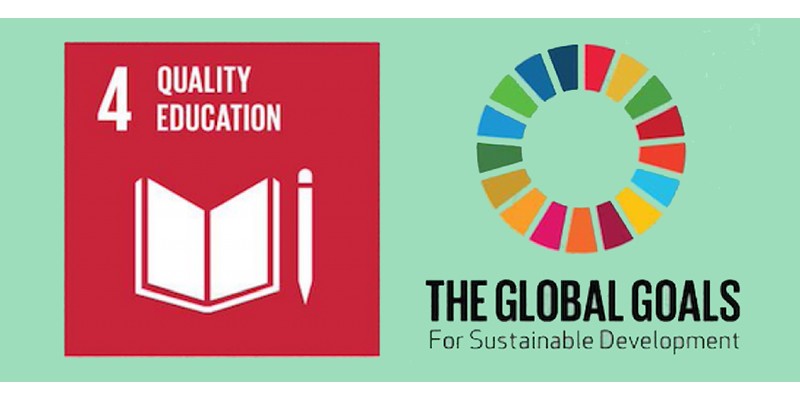 EDUCATION REPRESENTS
the type of
GOVERNMENT

Education is a human right that relies on local governments to be sustained. From my experience based on moving between many different countries, I see a direct relationship between the type of Government in a nation and the type of education that it provides its citizens. In many different countries, you can make a simulation of the government or education by looking at just one of them. From that, I can say that the schools, colleges, and universities have rules like a big country but in a smaller zone.  When governments protect freedom of speech and privacy then the education system reflects this with many choices.  Some governments however use their education as a form of recruitment or propaganda.  Today I’m going to talk about my experiment in four different countries and how each country’s schools have its government concept.

Syria; A Domination of religion

IMPORTANT COMMENT: This information below doesn’t have any discrimination about any specific religion or bias to one side. I have friends from many different religions and I have full respect for all of them. The main purpose of the information below is to show an example of the bias in the government and how it’s working there.

Syria, which had a population of more than 24 million, before the war there. The population there mixes between many religions. Jewish,  Druze, Alawi, Shiaa are different religions spread in small places there. The most two spread religions there are Muslim” Sunni ” and Cristian, but both of them don’t have a strong authority or power in the country, because of the decision for Alawi religion. Alawi is a strict faction of Islam in Syria that follows the teachings of Mohammed’s Uncle.  This faction conserves power by deleting any opinion in a simple way; you can’t say no but if this day comes and you said this word against a command will pay too much even if it was your life; It is reflected in the school.

All schools in Syria have one uniform, you can’t change it, for boys a blue shirt and pink for girls.  What will happen if you come to school without a regular uniform? First, it depends if you are from the same religion as the teacher.  If you are from the same religion,  you will solve the problem of no uniform easily.  In other cases; like my own situation of being a Palestinian Arab from Jordan, you may not even be allowed to take the class.  Instead, you are made to stand in the hall or you are suspended from school for 3 days.   I used to rebel against wearing the uniform.  What is the benefit of wearing a uniform if the authority of the school has no respect and shows hypocrisy instead?

Some rules are so good and I fully recommend them, like coming to school on time. However, nobody can control his/her life how it’s going. Being late means you broke these rules, but it is also a cause of high punishment like taking his/her access to enter the class. Is that worth it ??? This makes me ask myself what are the benefits of wearing a uniform, what is the damage if I wear jeans with a simple T-shirt, or maybe what if I don’t have money to buy one?  There are no benefits or no damage but the school was a reflection of the Syrian dictatorship. In this dictatorship, if you broke your leader’s command you should face consequences that become a lesson for other people who are thinking like you.  By contrast, if you are from the same religion and forgot your uniform then congratulations; you will pass

Many foreign people see that Jordan is a safe place and good to live there. Actually,  yes, kind of a safe place, but it is impossible to live there. That is because the government is raising the taxes every six months on their people without offering real benefits.  What does this mean? Jordan’s government wants to steal the money from the people under the cover of their power.  The use of power in Jordan is not for the citizens but for the selfishness of the government. Now, if you visit Jordan as a tourist, maybe you will see it in a good location but I’m sure you will not prefer to live there. That is because of many reasons but the main important one is the money; you will spend incredibly more than you got. We can take an example of a Jordanian man, he has his own home so he doesn’t have to pay for rent and he has a kind of good health, so doesn’t have to pay for the medicine. He has to pay 70 JDR for electricity, 100 JDR for water, and about 50 JDR transportation. At the same time, the average income is about 300 JDR. This is a real example of a one-person living in his own home without family and without needing extra medicine or paying for rent. Because of this, we can see Jordinain people running just to get more money.  The citizens are desperate for income.  It is their right to have an income.  Unfortunately, because of the urgent need,  Jordanians will do anything, just to get some money.

The effect of government greed and corruption is evident in Jordanian schools. Teachers there are trying so hard just to finish the book even if the students do not understand.  Teachers care more about money than about the mission of education. Many students or parents prefer options in the child labor market so they can provide for their families.  Students in Jordan prefer to start working rather than complete studying *as we can see in the document. That helps to grow a  younger generation who does not know how to think.  A generation that much prefers work over study skills.  notice: numbers in the document are not fully true (numbers are higher in real-life)

Lebanon is a different place, all rules and laws will be destroyed there, safe and dangerous, rich and poor, respect and discrimination at the same time, how could that be? that what will happen if you have a country without a government, each group will make their own community, based on geography, income, religion and many more, so if you are planning to live in Lebanon you should count that you need a group to let you enter. For example, Al Hamra in Beirut is a center for foreign people, about 3 miles from Alhamra you will be in the Aldehyde in Beirut also but this place is special for Shia, and at the concept, you can know how Lebanon works. If you are Christian you are safe in Christian places, not others. How could that be connected to education? In a simple way, each school has its rules like your income, religion, nationality, and many more things. Now, In 2021, I should be in the third year in a university, but in my case, I was in Lebanon and I should complete all these strange requirements but thanks god I could not be involved in any school there, each one was refused me because I’m Muslim, like international schools, because they were special for high income and Christians, normal schools also, because I’m from Jordan. After hard searching I found a school so far from my home affiliated with UNRWA, it Supposed to be special for  Palestinian, I thought I found the solution, but again they said if you want you can come and study but we will not give a certificate because you scores from Syria ??? Next time if you plan to study in Lebanon, make sure you are involved in a group of your religion or your income. There is no equality to access the human right of education in Lebanon and once you do access it there is no guarantee that you will earn the same reward as others when you graduate.  Lebanon is a crossroads of the Middle East and Europe.  The government functions in factions and so does its society.

USA; Your Power in Your Place

What’s made the USA strong in education? The US schools are one of the most successful schools in the world. Many things are working behind this sentence to make it true. Public education in America is a path to good citizenship in our Federal Democratic Republic. There is a similar simulation for the American government in school. You can see that in the US government there is no absolute power for one side, but at the same time each one is responsible for his/her decision, it’s similar to the game rock, paper, scissors. How could that be connected to US schools? Teachers there will not block you from entering the class for three days because you came late, but he/she has access to less your points. Both teacher and student made a decision based on the logical situation from that the benefit or damage will come on logical thinking not “which religion you are following”. In short, each person has goals and he/she is responsible for how they access these goals with education.  American schools help students by empowering them to act on their goals.  A recent example that I experienced was when officer lincoln, the policeman who protects the school and force the rhymester there, came for a representation to answer some questions on a special day, before start talking about representation you can see everything is correct; he is a policeman, his job protect us, he came in a special day not to make some commands or take someone, he came to answer some question. one of my questions was “ what is your power limit “, and the answer was so logical “ as a policeman I can stand at any public place, like a mall he can enter the mall with all his stuff, at the same time he can’t enter the manager’s rooms” officer lincoln said. However, each one has some power but at the same time, this power is not absolute.

As we can see education and government are connected, maybe there is no direct connection between them but there is also an effect from one of them. From that, I can see that if you look at one side, education or government, you can make a simulation of the quality of the education system or create a small structure of the government. In the end, that was expected, people who are working in government study the same culture in school, and I can say from that it is an infinite loop until one small idea enters the culture and makes a huge difference by changing the way of thinking.