The population of African elephants is decreasing at a rapid rate. There are many reasons why the population of elephants is diminishing every year. Most people ship the head of elephants to other countries. Elephants are one of the greatest creatures in this world and we the people are killing them. A reporter said” in just two days, they counted the remains of more than 20 elephants in a small area.”  Prior to European colonization, scientists believe that Africa may have held as many as 20 million elephants; by 1979 only 1.3 million remained and the census reveals that things have gotten far worse. 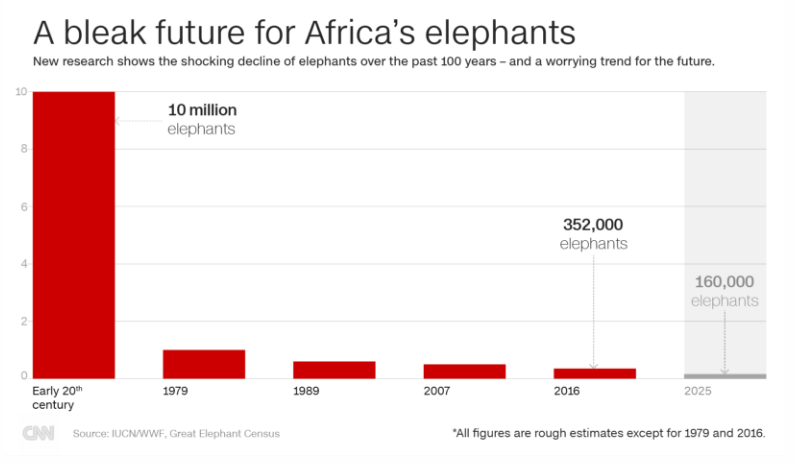 People should stop killing elephants before they are all gone. This is really sad because most people love seeing elephants because they are huge and they live in just certain areas. I have never seen an elephant before and would be willing to pay to see one. This make a good connection with those people who by the elephants body parts. I am against those people because they are doing that without thinking about the future. They don’t know that if they keep doing that elephants will distinctness and the future kids wont have the chance to see a real elephants.

There are currently some elephant protection projects in place but we need to create more.

Below you will find a link from the World Wildlife Federation that lists international laws to protect the global resources of endangered animals.