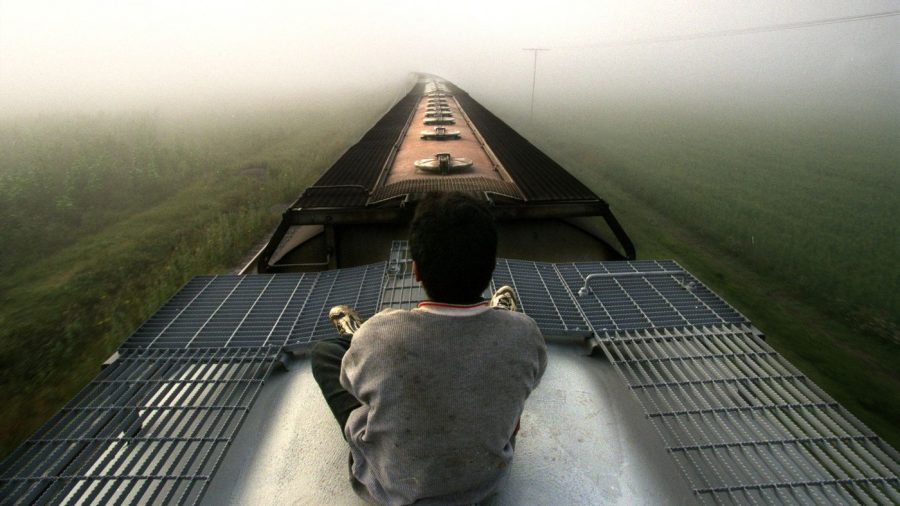 Enrique was only five years old when his mother, Lourdes, immigrated to the United states, leaving behind Enrique and his sister Becky in Tegucigalpa, Honduras to be looked after by Lourdes’ sister Amelia and Enrique’s father. The decision to leave was not easy for Lourdes; but Honduras economy at the time was flagging, and Lourdes knew she would be unable to provide for her children if she were to remain there. In Honduras, the only source of income for Lourdes was to sell candy and cigarettes by the side of the road, or to offer her services washing clothes in the nearby river. Money earned from such activities would at best allow Lourdes to put her children through school only through fourth grade. So Lourdes set out for the United states in hopes of finding work and sending the money earned back to Honduras. Although Lourdes may have had legitimate reasons for her departure, her absence was a source of great distress for Enrique as he grew up. Lourdes never gave Enrique a proper goodbye before leaving; she wished she could, but it was too painful for her. For many years, Enrique wondered about what Lourdes was doing in America, why she had to leave, and when she would return. As the years drag on, Enrique eventually gives up hope that Lourdes will ever return. Enrique’s feel lonely, he start doing bad decisions because his mom never come back to Honduras. At the end of all, Enrique decide to cross the border between Mexico and United States. He try to cross it more than 5 times. but one time he cross the border and he arrived in North Carolina, he met there with his mom again.

¨The Beast¨ the train of dreams and the death of immigrants
Approximately seven hundred migrants die each year, in an attempt to conquer the American dream, to improve their economic condition, but on the death route, many dreams are lost. Many of these migrants throw themselves into danger without knowing what awaits them on the other side of the border, but in order to one day reach the “American dream”. Each dream begins with a reality. And not all reality ends in a dream. I have always said that the immigration process is difficult. Difficult is to leave, difficult is to come, difficult is to arrive and difficult is to be. Many kids and Adults risk their life by crossing the border between Mexico and United States. Some kids and adults died in the desert because they don´t have anything to keep going, they are tired to walk days and nights without food, without water but these people deserve the ¨America Dream¨. they deserve the opportunity to reach their goal, the opportunity to have a great future for them and for their kids.

In United states is a country with a lot opportunities that’s why many people immigrate to USA to find a good future for their kids. Central America is one of the continents with lower economic and highest delinquency. Some parents decide to emigrate to the United States leaving their children in their countries. It is very difficult for the parents to make that decision because they do not know when they will see their children again, today there are many cases of these that the parents leave their children to give them a better future. However, the parents make decisions that do not know the harm they do to the children. Sometimes the children need a hug from the parents and they are absent and that’s when the children start making bad decisions. But every decision that parents make its for a reason.
thousand of immigrants come into the United States. Many of this people believe United States is the best place to go.
Immigrants came to the United States from all over the world, from countries big and small. Their presence in America has made a great impact on the country. However, Donald Trump wan 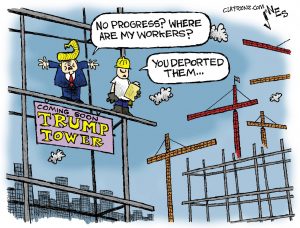 ts to deport a lot of immigrant. People who leave their country and their children to give them one day a good future, but now President Donald Trump wants to end with their dreams. Immigrants are not illegal, they are really hard workers, but he is ending up with the jobs. most people are worried because they have their kids in their country and they need money to survive to buy their own food, clothes, and for education. Donald trump is ending up with everything. Also, immigrant support the United States. This country have really hard workers, and the economy, population start increasing because of the immigrants. All citizens(immigrants) make America Great..

Enrique journeys is a book where many undocumented people can be reflected through this book. In my opinion the undocumented deserve many opportunities in the United States, because for parents who left their children in other countries is a very difficult decision to take. the parents will always want the best for their children, they sacrifice all the effort so that they have a better future. It is unfair that Donald Trump wants to end all the dreams that every emigrant has. the Immigrant people are hard workers who day after day work hard to reach their dream and they never give up.