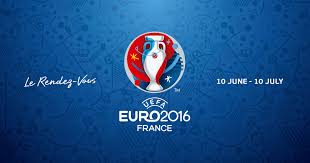 The Euro cup is a European soccer tournament. European countries face each other for the golden cup. It is like the World Cup but in Europe. Lately there have been terrorist threats and attacks in France where it is supposed to take place.
“Gun attacks, remotely detonated bombs and even drones carrying explosives and chemical weapons: These are just a few of the terrorist threats French authorities are preparing for at the Euro 2016 football championship, which gets underway on Friday.” – CNN
A couple of days before the championship kickoff the Ukraine security services said they arrested a Frenchmen and a companion who were planning their targets, before and during the tournament. Those arrests show that there are more terrorists than just ISIS.

The British Prime Minister David Cameron says that the threat for the events are “severe.” He said that half a million of people are going from Britain to France for Euro 2016, and that they should be aware of the threat level.

If the French are getting threats then they better bump up their security because this is no game. Millions of lives are in danger and millions of things can happen so security must be on the look out and on their toes.

For more information on this story:

For more information about increased awareness and strategies for protection and safety with this new terrorist threat:

From the UK Government: https://www.mi5.gov.uk/threat-levels

From the USA Department of Homeland Security: http://www.terror-alert.com/

For an assessment of terrorist threat Spring 2016 in Brussels and Paris:

An Assessment of the terrorist threat in Brussels and Paris