FBI scandals show how hard it is to trust.

An FBI translator lied to her superiors and traveled to Syria to marry a rapper turned ISIS soldier. The rogue agent flew to 2 countries before entering through Turkey and Syria’s border with the help of key ISIS operatives. The ex FBI agent explained how she married Cuspert the ISIS suspect, and she told him that the FBI was investigating him and that she was in charge of the investigation. It is believed that high ranking ISIS soldiers helped the rogue agent cross the border unharmed.

Her college professor is still in disbelief that one of his  students would even try to betray her country. He says it just doesn’t add up and why would she do that. The rapper turned ISIS soldier is trying to incite ISIS sympathizers to do attacks in Europe saying that it is the new battlefield. Daniela Greene (The Rogue agent) decided to return to the United States because reality kicked in and came to haunt her. She was arrested on arrival.

Her case was sealed and kept a secret from the public because it was a huge deal to the FBI , and they might not have the right choice of words to explain how and why their agent betrayed her country and married an ISIS foot soldier. This is another national security breach that will haunt the FBI and will join other cases of infamous rogue agents.

Here is a story about one the biggest security breaches in the FBI’s history involving an American FBI agent in Northern Virginia who was acting as a spy for Russia. 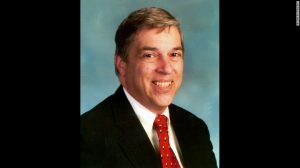 Robert Hanssen: an FBI mole working for the KBG and then for the Russian Intelligence Agency.

It took the FBI 15 years to uncover the mole that caused the biggest scandal in the FBI history:

The link below gives quick facts about Robert Hanssen

The link below gives a complete and full detail of the FBI mole case: