Find your Reason to Say Yes and Don’t Give Up On Your Dreams. 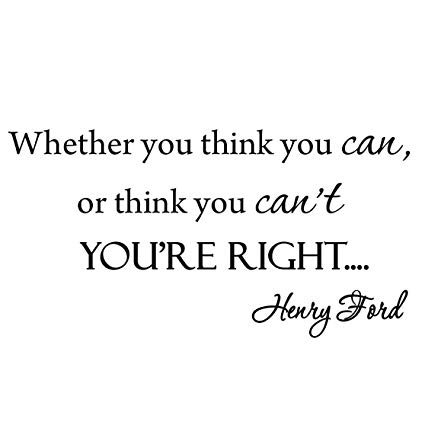 Have you ever been in a position that you just don’t want to continue doing what you’ve being doing for so long? Maybe you think you don’t have the same motivation or inspiration you had at the very beginning?

How would you feel proving people wrong, when they thought you wouldn’t be able to do something that you’re doing now? That happened to me, when I first came to America in 2014.  There were some people that said I wouldn’t be able to graduate, that I’d end up dropping off school, that I shouldn’t be wasting my time coming to school.  At first I thought they were right so I decided to skip classes, leaving school at any time and my grades were going down too.

Going to a school where there were more than 2000 students wasn’t too nice because I wouldn’t do anything that will make a change or help some other people, I felt that I was no body in there, I tried to speak even with my counselor and they never had time because there were too many people waiting for them. I didn’t understand some classes and I couldn’t do too much because there were many students waiting for next class, that was some of the reasons why I was about to drop out school.

But everything changed when I saw something that impacted my whole life. On December 19, 2017 I went back to my country to visit my family and celebrate Christmas with them.  I realized my mom was working as a waitress for just $10 a day.  I was once a waiter so I know that this job is hard work.  Seeing my mom working so hard motivated me.   I wanted to give my all on every single thing I was doing.  Motivation is powerful.  I wanted to pass all of my classes so I can become someone and let my mom rest and to stop working.  How could I let her keep working when I have all the possibilities to give her everything she deserves because of what she has done for me .She became my “yes”; my commitment.  Now I do it because for her because she was the one who believed in me when no one else did.

After getting my mind ready, I decided to change schools because I knew I was old for a regular county high school.  I didn’t want to be too old to apply to college but I also still needed the support to become a high school graduate

New people, new teachers, new everything, that’s how I felt when I came to my new school, trying to learn English and finish what I had to finish. Most people told me that this school wasn’t a good choice, that I’ll end up dropping off school and maybe being part of a gang, even my dad told me not to go to that school because his friends told him that I would make bad choices, but they were wrong. I won’t lye but there are some other students that are in the wrong way but that helps you too, you realize how you’ll be if you try to follow those steps, and also there are even better people that helps you to motivate to be like them or much better. This school (for me) is much better than the one I was going to before.  This might be a small school but they can hear your voice, you matter for them, you can be yourself at any moment in this school, they won’t judge you like some people might do in a different school because of where you come from or your skin color. There you’ll not only have friends but you’ll make a strong bond with them that you’ll start seeing them as family. This school, like my hard working mother back home, became another powerful “yes”.  If you are facing frustration in reaching your goals then change your environment; find a family of support.

There were moments that I skipped school but not because I wanted but because I needed, I had to work in construction to get money for my family in my country, my daily routine was killing me, think about my schedule, waking up at 5:30 AM, be ready to make food for your brothers, come to school at 8:00 AM, get out of school at 3:00 PM ( this is something I like to do so I don’t mind doing it) workout from 3:30 to 4:30, go to work from 5:00 PM to 11:00 PM, arrived to my house at 12:15 PM, keep doing this every day, really hard, right? But the reason why I was doing it, helped me to remind why I should keep doing it.

After a year and a half I’m only 3 weeks from my graduation, do you think if I kept going the way I was going, I could graduate? No, right? So why don’t you do the same thing as me? Find a reason why you should do it and prove some people wrong. If I could do it without knowing the language, being busy the whole day, worrying about money, of course you can do it faster and better than me, we all are here for a reason.  We all wake up every morning for a purpose. Don’t give up on anything you’re trying to achieve.  There will be some difficulties but it’s up to you if you want to continue working on your dream.  But if you don’t have what you want, you didn’t want it as bad as you thought so don’t give up and prove the ones who believe in you right.

This video is popular on the internet, Arnold Schwarzenegger gave a motivational speech and most of what he says is the same thing I tried in my life, finding a reason, not putting excuses to what I want to do and what I can’t do. I recommend you to listen to that speech because you’ll understand most of it and you’ll feel motivated.