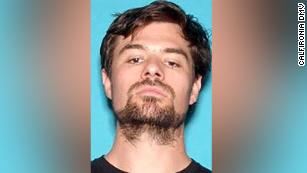 A brutal shooting occurred at the Borderline Bar & Grill in Thousand Oaks, California on November 8, 2018. 12 Were shot and killed dead on the scene from a former Marine, Ian David Long. He was a 28 year old veteran in the U.S. Marine Corps. There was not much reasoning why the shooting occurred from him but it is still being investigated. One of Ian Long’s former friends that attends the bar, stated that Long was apart of the community as family prior to the shooting.

Ian David Long served 5 years in the US Marines. He was represented as a very stable man, but emotionally confused. Ian Long was originally living with his Mother his whole life. And in 2009 was married in Honolulu. Him and his ex-wife soon divorced in 2013 because of various reasons. 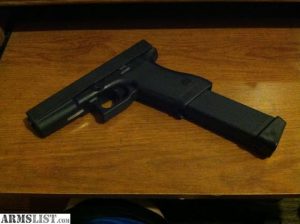 Survivors of the shooting said that the gunman, was dressed in black, and wearing glasses. It was said that Ian Long, started firing outside the bar. Then shot a security guard outside and then shot a young woman working at the counter just inside the door before opening fire on others. It was said that, Ventura County, Sgt. Ron Helus, was fatally shot when he entered the bar trying to stop the gunman. Police arrived on the seen and saw the suspect dead on the scene from a self-inflicted gun shot. It was said that Ian Long fired with a .45 Caliber Glock with an extended magazine purchased legally.

During the massacre, Ian Long posted a picture on instagram with the caption stating, It’s too bad I won’t get to see all the illogical and pathetic reasons people will put in my mouth as to why I did it. Fact is I had no reason to do it, and I just thought., life is boring so why not? He also posted on Facebook as well saying in his post, I hope people call me insane.. Wouldn’t that just be a big ball of irony? Yeah, I’m insane, but the only thing you people do after these shootings is ‘hopes and prayers’.. or ‘keep you in my thoughts’… Every time, and wonder why these keep happening… Ian Long’s background emotionally seemed pretty rough. A mental health specialist with the crisis team met with Long and felt he might be suffering from post-traumatic stress disorder.

People stated that, Ian Long was just tired of holding in what he couldn’t express to others. And that was his way of releasing his pain that he built inside. It’s a shame how easily people can get a hold of guns and attachments legally, and use them against. The ease of purchasing guns and getting a hold of weapons, should be restricted or to who they’re being sold to try and prevent further gun violence.