Freedom and the cost of human rights in America. 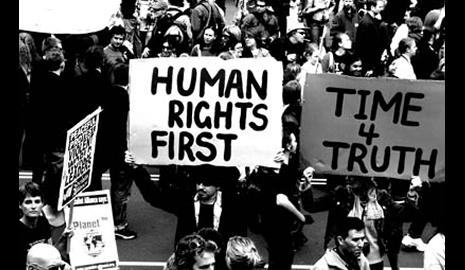 Our democratic nation has been an example of justice throughout the world just as it  has always struggled with an unpredictable future for civil rights. Since the U.S. was founded on July 4, 1776 until the present year there have been many remarkable events and struggles in its history. There have been conflicts for progress and equality of rights. The United States government has always struggled to secure equal rights for all people.  There continues to be groups of minorities who struggle more than others for equal treatment.  This minority struggle has come to be known as the civil rights movement in America.

The black community  has been one minority group in America that for many decades has suffered racism and segregation. The struggle for their rights continues to leave a big mark  on the present day and on black history in America.  Rosa Parks refused to give her seat on a bus to a white male passenger in Montgomery, Alabama and she was arrested in 1955.  In that same year Martin Luther King and 50 more leaders used a peaceful economic boycott to claim her freedom and to help end segregation. The event which affected the city bus business lasted 382 days until the local law which made segregation legal was lifted.

In 1961 the tours for freedom were realized. Freedom riders ,black and white civil rights activists rode buses to protest the “segregationist policies” of the Deep South. Nobody  expected the success but it came with a cost. One of the buses heading to  one of the segregated terminals was bombed and burned down in Anniston, Alabama. Passengers encountered violence . They were not well received instead they were received with a deadly attack from the KKK group. This  leaves us a  lesson on how much freedom can cost, others have given their lives for the freedom we have today.

Over time, it has been a struggle for minorities such as Africans-Americans and Latinos to find comfort and equality in this country.  According to a Pew research poll, Latino people are the 2nd most discriminated ethnic group after African-Americans. Today the latino population is facing more discriminatory conditions since the new presidency of Donald Trump.  Discrimination can lead to feelings of depression, lack of self-confidence, anger, and withdrawal from work.

People fear  deportation more now than before because of the new immigration policies. This is the reason why immigrants have come together to raise their voices. They feel unprotected and unsecured about any actions taken against them by the government. 30% of immigrant students in the United States stop their education after High School. This is because their families need them to work.  Latinos make up the working poor of America and it is the working poor that struggle with civil rights.

I know many latino teenagers who only completed their first or second years in high school because they are not given the equal opportunity of the majority.  They simply give up on trying hard and prefer only to get a job that will keep them in the same place for life. What leads teenagers to take this decision?  I will assume its because they do not have a permanent home and the basic needs to move ahead.

Some people might argue that immigrants have no rights in this country and they all should be sent back to where they came from. But my question to them is , What if they were immigrants too and we all were  going through the same situation? Wouldn’t  they claim their rights as human beings?  The right to an education , a place to live and the basic needs ? As a human being I understand that sometimes we are very proud of what we have because we earn it with hard work but when we have too much that we have inherited from the work and sacrifice of others we  can be selfish with  people who come and take part of what is ours. We see it as unfair to welcome and receive someone unknown because we do not see the effort it took for them to get here.  The USA has an ego that sometimes gets in the way of the dream it offers for all.  America was built and will continue to stay strong on the promise it gives to the immigrant and the hard working minority.  The United States of America should remain the land  of freedom and opportunity. The land where all immigrants have always found hope. 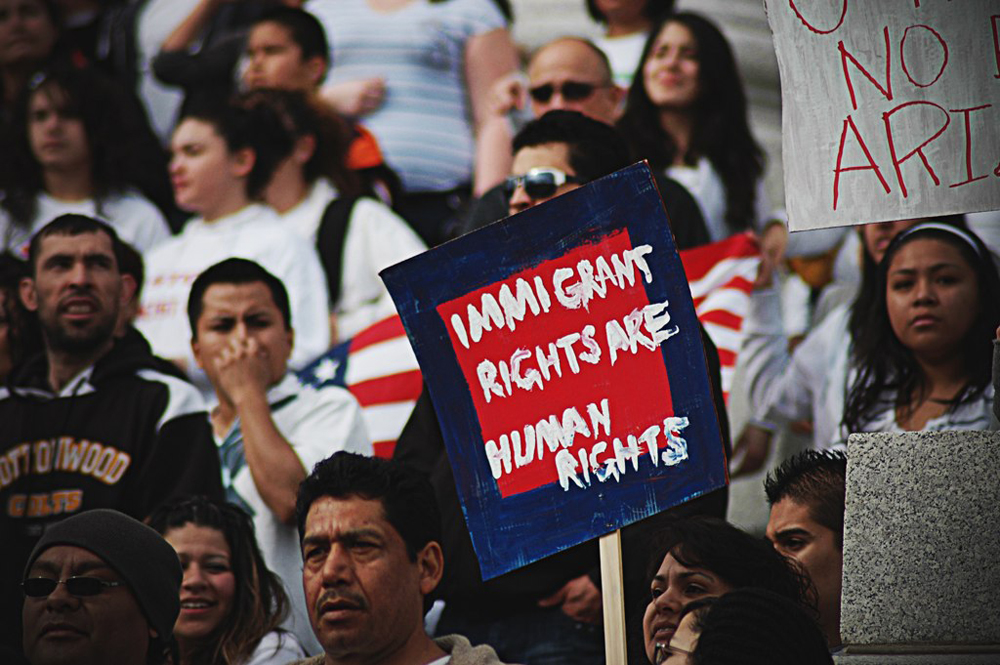