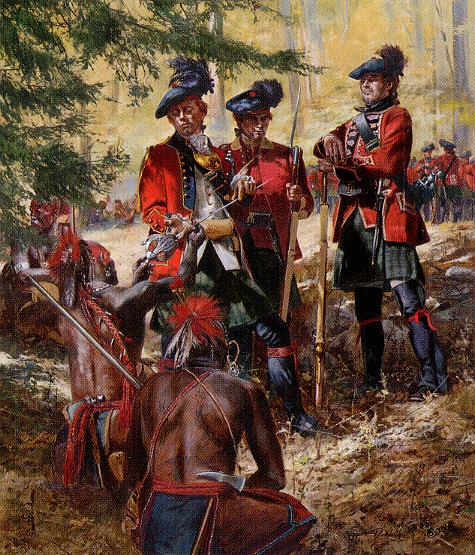 By the mid -18th century, both the British and French wanted to extend their North American colonies into the land west of the Appalachian Mountains, known then as the Ohio Territory. Each side already had fur traders doing business with Native Americans there and pioneers living on the frontier. A group of wealthy English colonists had even formed an investment company to sell farmland in Ohio.

The French believed they had exclusive rights to the land since their explorers had been there first. They tried to force the English out by capturing several of their post and destroying an Indian village that supported English traders in 1752.

The French and Indian War, also known as the Seven Year’s War, was a conflict that occurred between the French and English. It started due to the imperialistic struggles and competition between the two colonizers. The British were threatened by France’s expansion into the Ohio River Valley, so they declared war in 1756. Due to the strong financing Britain received throughout the war by William Pitt, who later became Prime Minister, Britain won the major battles of Louisburg, forth Frontenac, and Quebec.

In the 1763 Paris Peace Conference, Britain gained control of these areas, as well as Florida from Spanish conquerors. This led to the opening of the eastern Mississippi River Valley and it started Westward expansion of British interests. It is interesting to know that the British wanted to continue the same business of trading fur with the natives so they told the colonists to stay east of the mountains to avoid another war with the Indians.  This Proclamation of 1763 is one of the first things that angered Patriot colonists after the French/Indian War and caused them to start thinking about independence.

I think that the French and Indian war is one of the most important turning points in American History. If it wasn’t for this expansion, America’s boundaries would be very different today, and it would not have as much power. This war led to Westward expansion which created the American Dream. To this day, people from all around the world come to discover this manifest and that is what makes America stronger.

The cartoon below was originally produced by Ben Franklin to encourage the Albany Plan of Union during the French/Indian War.  It was later used as a symbol in the American War of Independence from the British.