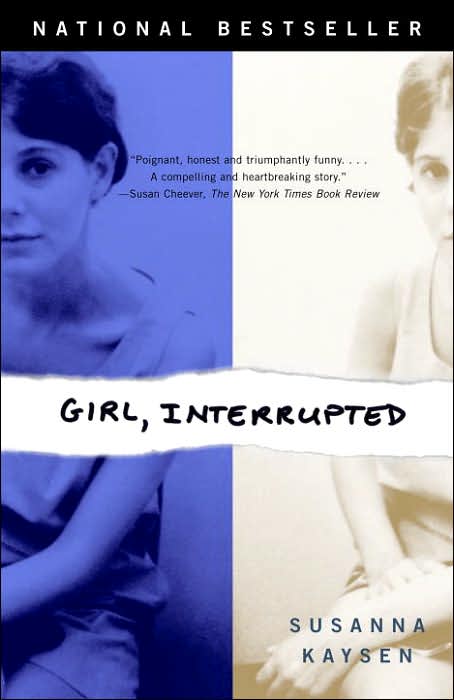 Girl, Interrupted is a memoir by Susanna Kaysen about her time spent in a psychiatric hospital. In this memoir, Susanna talks about her personal experiences at the hospital and a series of events. She also talks about how she ended up there and how she tries to understand what was wrong with her. Susanna is diagnosed with borderline personality disorder. Along with her diagnosis there are other patients she mentions; she talks about their disorders as well.

This is a good read for someone who is interested in the way other minds work. The way Kaysen talks about the hospital makes you believe that at some points it would’ve been a chilling stay. Also in the book, Susanna’s disorder is further explained as well as the other patients. So, without getting too much into detail, readers learn a bit about mental disorders/disabilities.  I suggest this book to anyone who thinks they might want to enter the field of psychology.

“Was I ever crazy? Maybe. Or maybe life is… Crazy isn’t being broken or swallowing a dark secret. It’s you or me amplified. If you ever told a lie and enjoyed it. If you ever wished you could be a child forever. They were not perfect, but they were my friends.”