God I Guess; love on the streets with Greg Boyle 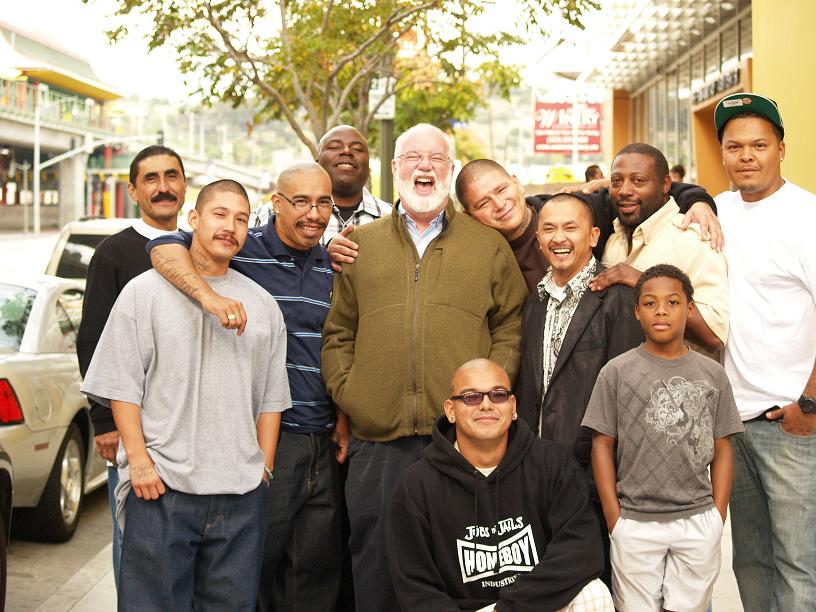 Fr. Greg Boyle: The power of a good listener

Greg Boyle is a Catholic priest who wrote Tattoos on the Heart because he wanted others to know about the lessons he learned from his 20 years of working with gang members in Los Angeles, California.  This book is organized into chapters that are like small stories. It is like a conversation and each chapter has its own lessons. I am going to share my comments and my thinking based on a few of these chapters starting with Chapter 1.

One of the things I like its how Bill took care of his dad when his dad was dying.  It is a reverse situation where the son acting like the father did with him when he was young.

Why did Wallace say I came here expecting monsters, but that’s not what I found? I think he said that because he realizes that even though the classroom is full of gang members but they don’t beat you if you don’t mess with them. Like the old saying goes, don’t judge a book by its cover. So they might be dangerous but they have feelings too.

Another thing that I learned about this book is that when Rodrigo was asked about his father, he said that his father is a heroin addict. And his father is rude because he beat him so badly. Then he asked him about his mother he said that when he got locked up his mother visited him every Sunday, and to do that she has to take seven buses. For me this shows the real love of a mother. You might not be a good son but your mother always will love you just the way you are. Also like the author said that is showing the love of god too.

Cesar reminds me of all my fellows who are being locked up and like when they got out their family have kicked them out of the house, also like if they are married they got divided like they’re not even able to see their own kids. Sometimes your own family will turn their backs on you in a bad situation. Those who are not your blood sometimes become more like family because they’re really helpful, and they help you out, like no matter your situation I’ve seen a situation like that before. When we open our eyes beyond the brokenness we can always find healing and we can be surprised by people who show us the love of family.

According to this quote when Cesar asked Boyle, “Have I been your son?” this question is really tough because sometimes our parents never shows us if they love us, or if they take care of us. That’s why so many young kids of my generation ended up joining a gang because they never heard their parents saying to them, I’m so proud of you, or I love you, or even ask how was your day. Talking to someone who really listens to you about what you’re going through makes you feel motivated and loved. In other words youths join the gang because they need a family, love, and discipline.  They will take what they can get; even if the “brotherhood” takes their freedom and the “love” is just belonging to a group and the “discipline” becomes the pain.

After reading the first chapter I began to look at things a lot  different, like how Father Gregory used the quotes and the way he spoke to them. Its like motivating them and cheering them up. Sometimes some people want to change their life or, they would like to talk to someone about what they are going through but, some people are not able to listen to you, or to help you. For Example one of the things  that some people do is that they judge you based on how you look, or the way you dress yourself, or how you talk or where you come from; but that doesn’t mean everybody.  People feel pressure and sometimes it only takes the power of one good person listening to make a change.  Fr. Greg reminds us that there’s still good people out there and we can be that good person for someone else. Also chapter one gave me the chance to see how people went through  so many hard times, and then they found the way to start changing one step at a time.