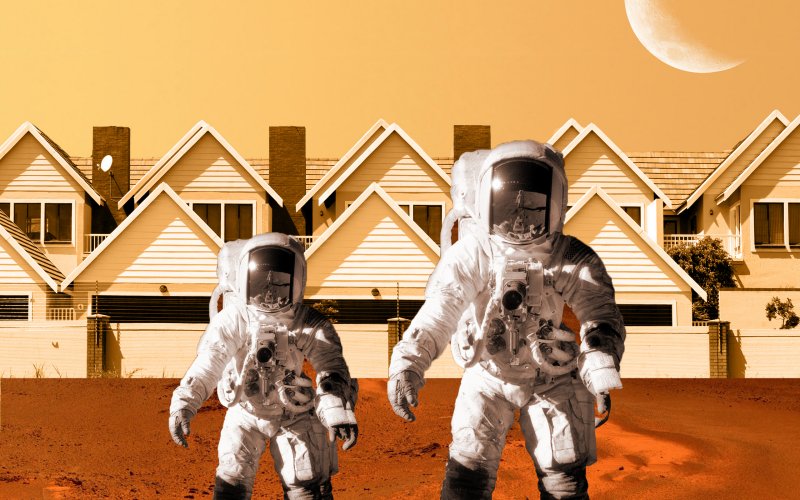 The expectations are that we are going to be able to live on Mars in 2027. I won’t be surprised, because we have high technology right now. There is a race sponsored by private citizens for who is going to get there first. Elon Musk announced plans for his company “SpaceX” to send people to Mars, but they’re not the only ones in contention. Dutch organization Mars One is confident it can get there too.

We are going to live on Mars in 2027. Elon Musk ambitious plans are to set up a long term Mars colony. However, the people that get sent there are going on a mission forever, for the rest of their lives. So it’s going to be one way. The people will be selected from public members, that hasn’t stopped thousands of people applying for a place on board.

Only 4 people will be selected every two years, “Instead of trying to bring people back, we send additional crews regularly.” He also said the most important skill is to teamwork, so like to help each other, because you’re going to depend on each other with your lives and that is what the whole mission is about.

I think we should explore other planets, but I don’t think we should abandon this planet to go live on Mars. It just doesn’t make any logical sense that we would leave this planet for an inhospitable one like Mars. First of all, if we can’t even control our climate and environment our own planet, what makes us think that we can go to another planet and control the environment there? If we developed the capability to create atmospheres and climates on other planets, then we should apply that capability to benefit our home planet.

Through the Mars Exploration Student Data Team, teachers and students work from their schools to help study and characterize different aspects of Mars, from the atmosphere to the surface to help support the landed Mars Exploration Rover mission.What would it be like if high school and college students could learn more about Mars and at the same time try to help them.  Young students should be able to contribute their imagination and thinking to the problem solving of the future.