Gravitational waves from a black hole have been detected 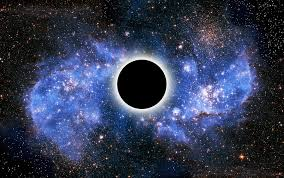 This month LIGO Scientific collaboration, a group of more than a 1000 scientists discovered proof of gravitation waves generated from two black holes over a billion light-years from earth confirming Einstein’s theory of General Relativity. The LIGO collaboration uses multiple labs all over the world and fires lasers through long tunnels to try and detect ripples in space time. The leader of the project, Prof Karsten Danzmann, is calling it the biggest scientific discovery since the discovery of the structure of DNA and was quoted saying;

“There is a Nobel Prize in it – there is no doubt.”

The research from the LIGO collaboration has been published in a journal called Physical Review Letters today, February 11 2016. The scientists say that for a brief fraction of a second it was producing more power than the rest of the observable universe combined.

Why is it important for governments to fund scientific discovery?

Scientific discovery is the backbone to innovation in our society. Some argue that science yields little gain for our society and it is useless to fund such quests for knowledge but I disagree. I think if governments had never funded science the world would revert to a sort of dark ages. The Internet which has greatly affected society in almost every conceivable way was a direct affect of governments and science mingling in a department of defense agency known as DARPA. Even our space exploration agency NASA has changed the world as we know it remarkably for example NASA is responsible for UV proof sunglasses, solar panels, cordless tools, freeze dried food, and cell phone cameras.

Science is very dependent on international cooperation. If everyone held onto their scientific discoveries and never shared them we would likely still be living in the dark ages. One scientific industry that would be crippled without its international cooperation is NASA. NASA budget was cut some years back which has since been reinstated forced NASA to become completely dependent on foreign space programs to get food and supplies to the international space station. The main foreign space program being used is the Russian program which as far as diplomacy goes is wonderful to see considering our history with Russia.