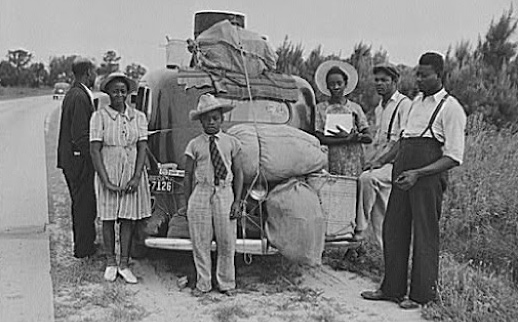 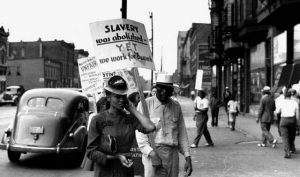 More than 6 million African Americans from the South to the cities of the North, Midwest and West from 1916 to 1970 relocated. That had a huge impact on urban life in the United States. Blacks were driven from there homes due to the economic opportunity and harsh segregation laws. The migrants were forced to deal with poor working conditions and competition for living space, and racism and prejudice. African Americans began to build a new place for themselves in public life, they began confronting economic, political, and social challenges and creating new urban black culture. Southern blacks were forced to make their living working the land as part of the sharecropping system.

Life for Migrates in the city 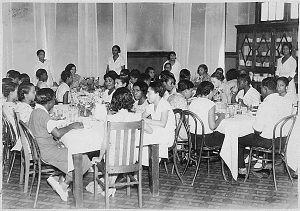 In 1919, 1 million blacks had left the South they traveled by train, boat or bus. A smaller number of people had automobiles or even horse-drawn carts. Many new arrivals found jobs in factories, slaughterhouses and foundries. The working conditions were sometimes dangerous. Female migrants had a harder time finding work and competition occurred for domestic labor positions. They had competition for living space in the increasingly crowded cities. Segregation was not legalized in the North, racism and prejudice was widespread. The U.S Supreme Court declared racially based housing ordinances unconstitutional in 1917, some residential neighborhoods that white property owners agreed to not sell to those who were blacks. This did not stand because the Court struck them down in 1948. There were many race riots and the most serious one took place in Chicago in July 1919. It lasted 13 days and left 38 people dead, 537 injured and 1,000 black families without homes.

For more information you can find it here > http://www.history.com/topics/black-history/great-migration

This topic makes me think about how life is now and how we take life for granted. Many of us don’t realize how blessed we are today.  I say this because there are lots of laws and regulations on working conditions. The way African Americans were treated was horrible. I will never understand why in that time African Americans were such a problem because at the end of the day we are all humans. I’m very blessed to live in society that I live in today because I know that I wouldn’t have survived during that time.  This also reminds me that Americans have always pursued economic opportunity.  The integration of blacks into society may have taken too long but it was inevitable.