Growing up Kurdish in the 60’s 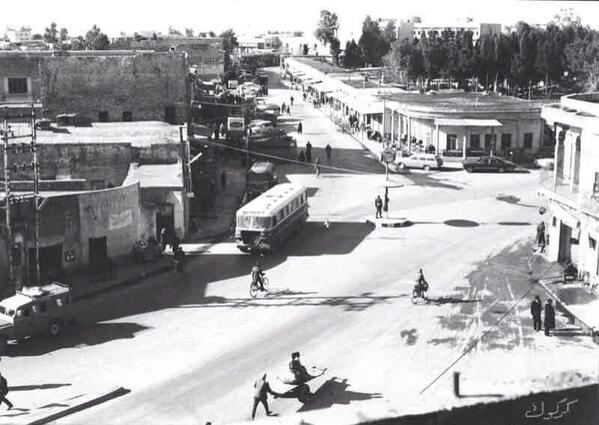 I recently finished reading the book My Father’s Rifle: A Childhood in Kurdistan by Hiner Saleem. The book takes place during the 1960’s and covers Kurdish nationalism and the struggles of war that had been experienced by them. The story is a first person narrative that is told by an individual named “Azad Selim” and the story progresses as he grows up. Growing up as a child in this era was a death sentence, Children before school age experienced, Bombings on a daily basis, the loss of their home or village, and loosing family members.

The cost of Kurdish Nationalism,

Azad was the son of General Barzani, a well-known and respected Kurdish general. Azad intended on completing school and pursue an education at a university, but these goals were unlikely to be achieved due to the cataclysmic environment he is in. Being a witness to several deaths of his neighbors and family members, as well as becoming a refugee in Iran, life was not simple for Azad. Having his homeland devoured by the Baathist regime and the fact that the practice of Kurdish nationalism or anything that opposed the regime could ultimately lead to an individual’s death. Azad was devoted to his customs and would never turn over to such a cause no matter how much power they wield. His intent to embrace his Kurdish origin doesn’t stop at all. He was even set on producing Kurdish films to spread his culture globally since it was destroyed by several opposing countries. Most of the schools were also instructed in Arabic, a language not many Kurds were familiar in, and that made education difficult for many of the children who were Kurdish. Azad and his family were also forced to leave their homes a couple of times and once became refugees as a result of leaving. Many Kurdish people including Azad and his family were segregated and labeled as “Aidouns” meaning suspects or traitors and if you carried such a label you were denied most jobs like universities, Government positions, or anything sensitive. After getting being warning of an arrest warrant, Azad came to the conclusion he needed to abandon his oppressed environment. Failing his first attempt, Azad successfully migrated away and lived in Italy for a several years despite the fact Italy did not recognize the Kurds as official refugee status although he later resided in France.

Initially Kurdish nationalism originated from the Ottoman empire, Major Kurdish territories were divided in through out the states of Iraq, Iran, Syria and Turkey.  The Arabian and Turkish majority states of Iraq and Syria are the one’s at fault for bringing Kurdish Heritage to a halt, not only censoring any national movements but having them overthrown out of their own region. The Arab Socialist Ba’ath Party which was led by Saddam Hussein himself, was a threat to anyone with the Kurdish ethnicity, Barzani’s collaboration with Iran, Israel, and the United States had gotten them labeled as Fifth Columnists in the eyes of the Ba’ath Party, quoted by Saddam Hussein “Those who have sold themselves to the foreigner will not escape punishment”. Anti-Kurdish guidelines were intact and prioritized after The Barzani Revolution fell out of power. Eradicating Kurdish rebels and practically converting any Kurdish turf to Arab soil were accumulated by those who opposed the Kurds, some Kurds were victim to “relocation”, Even though the Government had allotted homes for the Kurds who were abducted from their own homes, Several of the “relocated” Kurds were taken far south and ditched in the middle of nowhere lacking any resources resulting in many of them dying of starvation and heat. In 1970, the committee that worked under Saddam Hussein, altered the map of Iraqi Kurdistan introducing Mujamma’a, a system of Kurdish refugee camps. The regime evacuated at least a quarter of a million people from the borders of Iraq along with Turkey and Iran, also having their villages destroyed in the process.

Hiner Saleem’s book, My Father’s Rifle covers the struggles the Kurdish population had to endure. The story is told in the perspective of Azad Shero Selim who was a refugee who experienced distress on a daily basis because of his Kurdish heritage. Azad had made plenty of life threatening strives that could easily result death while being seen as a traitor/enemy in the regimes perspective which is a very dangerous label for any Kurd. The story also covers the environment that Azad had prior the loss of his own homeland, an example; His Mother’s orchards, his cousins stunt pigeons and including the prized Czech rifle his father owned. My Father’s Rifle is a an excellent book if you would rather understand a first-person perspective of what its like being Kurdish during 1960-1970’s also being under regime ruling.