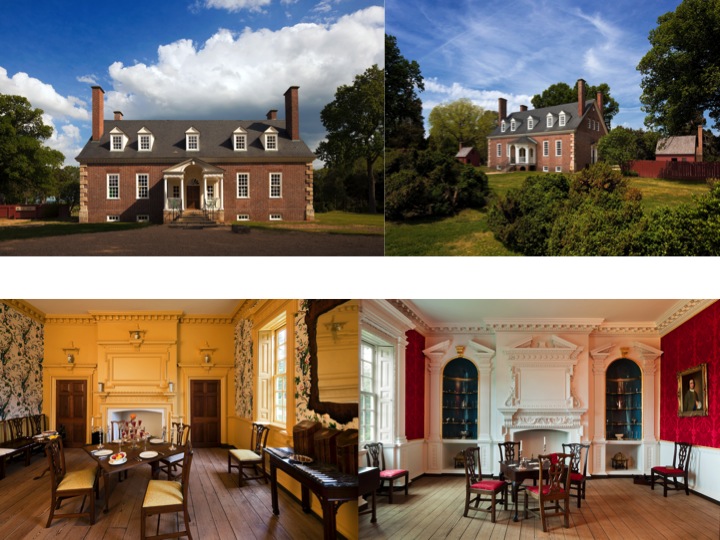 Gunston Hall was completed in 1759. English carpenter William Buckland carved and designed the interior on wood in the Gunston Hall house that George mason owned from 1755-1759. It was a plantation home on the Potomac River. Gunston Hall was once the center of a 5,500-acre tobacco and wheat plantation. House servants, craftsmen, and their families were all residents on the plantation. The majority of people on the property were slaves. Today Gunston Hall is a 550-acre National Historic Landmark. They also have a museum, gift shop, tours, and research library.