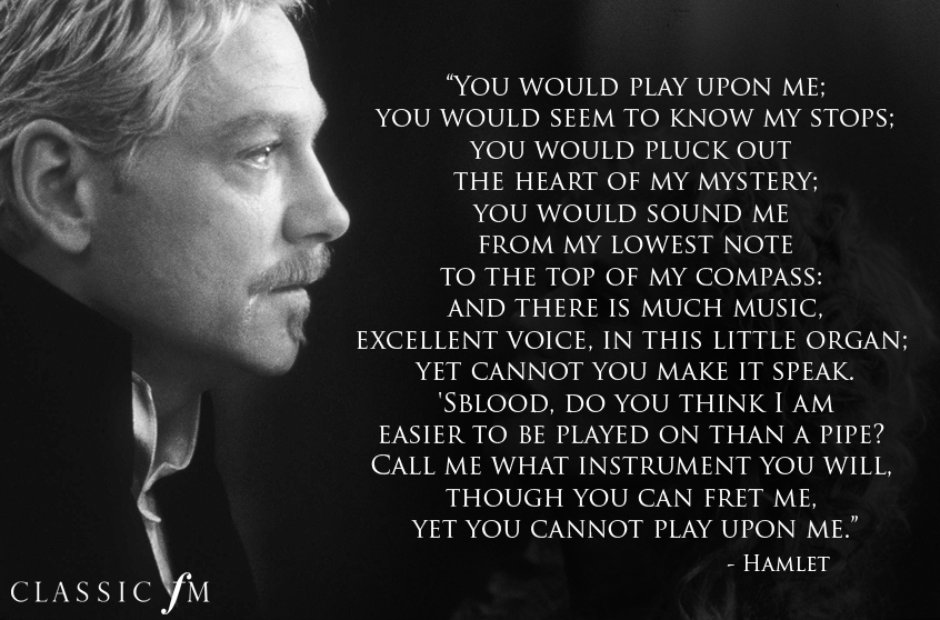 One of Hamlet’s biggest flaws was lack of trust. Because of that he was always having problems with people. It made him stop talking to his friends, Rosencrantz and Guildenstern, because he thought they had betrayed him by spying on him. He felt betrayed because his mother married King Claudius. King Claudius was the one who killed his dad.

So, with all this betrayal he just shut out everyone and thought the whole kingdom was corrupt. It made Hamlet feel alone. If I was in his position I wouldn’t know what to do. I’d feel torn apart knowing my mom was remarrying in general, and knowing my uncle killed my father. All of it can make someone go insane. Hamlet may have started out acting crazy in the beginning but later on throughout his actions and emotions he became literally crazy.

To Be Depressed or Move to Action, That Is The Question

The Foible of Hamlet

NEXT:  The Egotistical Hamlet

The Desolation of Hamlet