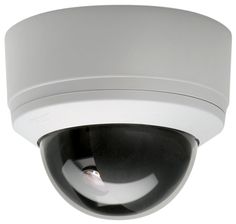 Holiday seasons are coming, and it’s also a stealing package season.  Online shopping has made holiday shopping must easier because many people are buying gift online, but it also make it easier for the thieves run “shopping” at people front door.

According the many citizen’s home surveillance video, people just walked to people front door and took away the package that were not belong to them.

Why are people stealing? and what are their motivations?

Ways to keep the thieves from steal  your package:

Get your tracking number and notice where is your package located.
required a signature confirmation when the package arrive.
Order online and pick up at the store.
Ask neighbors to receive your package for you.
Let package send to your workplace if you are not going to be home during the delivery time.

Most of the thieves had occurred in daytime and the surveillance video had caught how the suspects look like. The polices had the evidences to search for the suspects. Although, I think that steal something that not belong to you is incorrect, but I also think that shopping online and make sure your packages is a personal responsibility because polices can not watch your door for you and they had more important thing to worry instead of the brown boxes on our front doors. On the other hand, police should investigate the suspects.