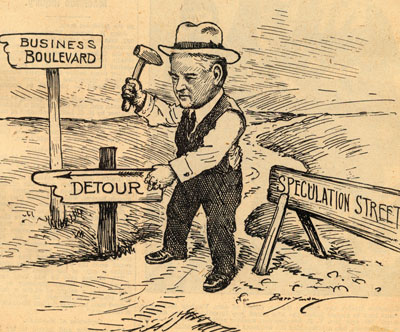 When the stock market crashed  in October 1929, the U.S. President was Herbert  Hoover. He got the blame for the depression because he was viewed as avoiding the problem. When he tried to disregard the bad economy that made it worse.   When he tried to provide public works opportunities with government funding that was seen as doing too little too late.

In the Congressional election of 1930 President Hoover faced a Democratic led Congress that wanted to put the blame for the Great Depression on him.  He did not have the support in Congress and he could not act.  He was too optimistic about things getting better but they were not improving.

President Hoover was voted out of office in 1932 by a landslide Democratic vote in favor of President Franklin D. Roosevelt. 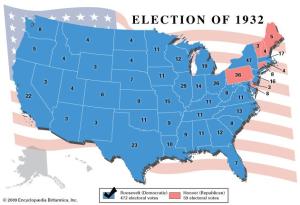