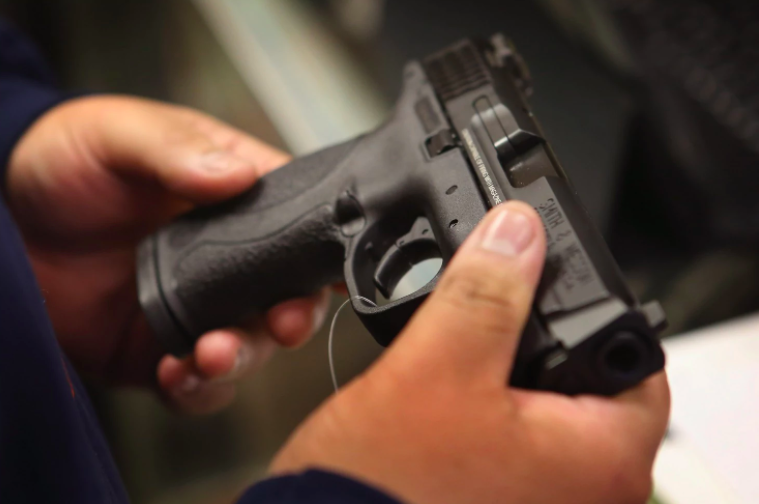 In Houston, TX, a college freshman shot and killed a campus police officer at Texas Tech University. On the night of October 9th, Hollis Daniels, the college freshman, was taken to the police station for questioning in a drug-related case.

The on-campus shooting caused authorities to put a lockdown on the university. Daniels fled from the police station as they searched for him. Daniels was caught about an hour later, and the lockdown was lifted.

Daniels is charged with evading arrest.

As police officers entered Daniels’s dorm room, they found evidence of drugs and drug paraphernalia. Officers took Daniels to the police station for a “standard debriefing”. He then pulled out a gun and shot a campus officer in the head.

A Texas Tech police tackled Daniels as he fled near the Lubbock Municipal Coliseum and took him into custody.

It’s extremely unfortunate that the police officer was killed, and the family and friends of the officer are in our thoughts and prayers.

What can this say about the 2nd amendment?

Amendment II of the Constitution states: “A well regulated Militia, being necessary to the security of a free State, the right of the people to keep and bear Arms, shall not be infringed.”

When we consider this amendment in this story, what can we conclude and suggest about the morality and rightfulness of this amendment?

Should Amendment II be revised? Should background checks be more thorough for the US citizens who wish to buy guns?

Washington Post states that if we were to correctly and morally change this amendment, only five words need to be added to it.

“A well regulated Militia, being necessary to the security of a free State, the right of the people to keep and bear Arms when serving in the Militia shall not be infringed.”

This means that guns can only be used in the U.S. military. There can be no more weapons that are used for animal game or even protection.

Perhaps these five words should be considered in the 2nd Amendment — in an effort to prevent killings, shootings, murders, homicides, and even suicides within the U.S.