How Can We Reform Our Judicial System? 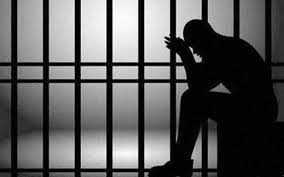 Most Americans would say that our judicial system is one of the best in the world because of its protections of citizen rights and the importance of procedural justice.  What we do not realize is that the judicial system has two parts; the courts and the prisons.  We need more options for judges than sending someone to prison or requiring them to pay money.  We need more rehabilitation and treatment of the causes of criminal activity.

Our judicial system has many problems and has failed our citizens time and time again. The system should be designed to rehabilitate but it has failed miserably. Felons have an incredibly difficult time finding work and those who give up fall back into the same lives that incarcerated them to begin with.

Federal and state prisons need to have greater focus on rehabilitation. What is the root cause of their crime and how can their lives be reformed?  These are very important questions.  Why are criminals treated differently than addicts are they not sick? We label them as unfit for society and send them to live their lives filled with anger and resentment while we should be getting to the core of these people’s problems and working to solve them.

This could be done by simply setting up institutions for specific rehabilitations depending on your offence. The death penalty is the worst of our judicial problems with at least 39 innocent people murdered by our government, to keep such a policy with a  history of failure is ludicrous.

During one lethal injection in Tennessee during 2006 a man was injected and lived, requiring him to be released from prison.

http://empirenews.net/death-row-inmate-survives-execution-released-from-prison/
If you would like to speak up against the death penalty in America or at least become more aware of the voices who do; CLICK HERE