How can we stay safe ? 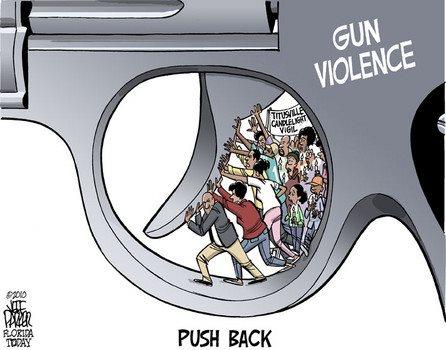 Safety is something that most of us learn growing up, safety is consistently revealed as the top priority of anyone involved in the lives of children. Though homes are considered the best places that any one can be, there are many risks that surround the homes and that many people are not aware. Every member of the family should learn how to react to different threats of safety- they should have a plan.

One of the major purposes of government at all levels is to provide security for its members or citizens.  The first place we learn about power and authority and security is the family and community in which we grow up.  Security is most often understood as safety. This safety includes freedom from harm, whether physical or mentally.   In  the United States we have values and rights that sometimes conflict with each other.  An example of this is the 2nd Amendment. We protect the right to bear arms for security but it is at the same time a threat to security when everyone has a gun.  Gun violence is an issue everywhere with no way of completely stopping it but something has to be done to decrease the gun violence in the United States. because the number of deaths and injuries by gun violence.

15 Statistics That Tell the Story of Gun Violence This Year

In this article a 16 year old girl was shot dead while babysitting her little cousin inside their Brooklyn apartment. What was the reason for her death?  There is no reason; it is senseless.  Does the shooter think that they can fire a gun without consequences? Its sad that people can’t even babysit or do any other house activities without worrying about getting harmed.

Below is a link for more information on preventing gun violence.

On average 36 people die from gun violence in the US every day. If you recently picked up a newspaper or turned on to see the news you may have questioned to yourself what is happening in our society. As Americans, we are faced with an ever-growing problem of violence. I feel like American’s can’t keep ignoring the damage that these criminals are doing to our society and must take action to stop these horrors we are surrounded by daily. However, the effort by some misguided individuals to eliminate the legal ownership of guns does not address the real problems at hand and simply disarms the innocent citizens who are most in need of a form of self defense. I believe that some ways to stay safe include thinking ahead in simple ways like not wearing so much jewelry out at night on the street or not posting on social media what you have in your house or the targets of your anger; these type of things can prevent violence. Taking action to prevent gun violence, too, is a political choice one that is within our power to make. With every right comes responsibility and regulation of that right.