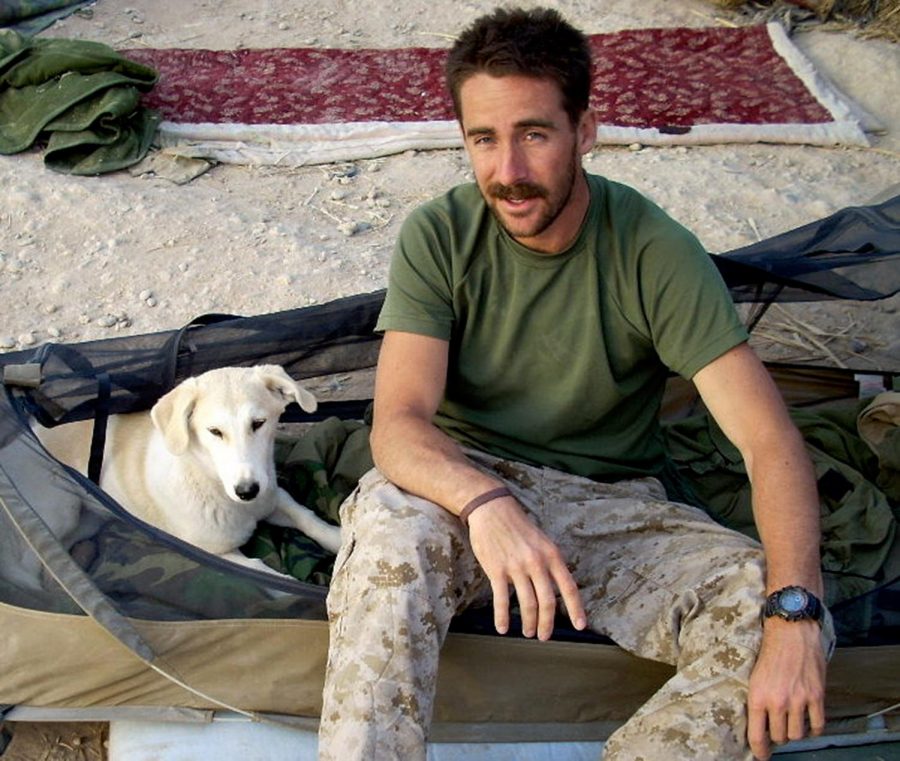 The two met in the compound where Craig and his unit were staying. Fred was looking around for something to eat in the garbage, and Craig couldn’t help but feed him a little. Fred started to stick around and the two became best pals. Even Craig’s unit approved of Fred as Fred would go on missions with them. The Military doesn’t take too kindly to dogs, usually meaning they put them down, as soldiers can get too attached and put them in front of their peers lives. However, everything managed to work out in the end as Craig and Fred tour schools spreading their story.

However, not every return story is as glamorous as Craig Grossi’s. Many face hardship and PTSD as they return home and try to fit in to the civilian life. It has been statistically proven that the adoption of a dog helps returning Veterans as they ease stress, depression, and loneliness. Not only is the adoption of a pet a fantastic thing to do for any family, it’s especially beneficial to those returning from over seas. This also helps the 3.9 million dogs that get put into a shelter every year nationwide. I hate having to mention the 1.2 million dogs that have to get euthanized. There are countless organizations that already have the goal in mind to send our furry friends to the Vets.

A quote from the book “it is not what happens to us that matters, but how respond to it”. Life is going to throw punches, it happens to everyone. What’s unique with each and every punch is how we take it, how we deal with it. No matter how tough it gets, you can always power through. There is always a light at the end of the tunnel.