How much will sea level rise? 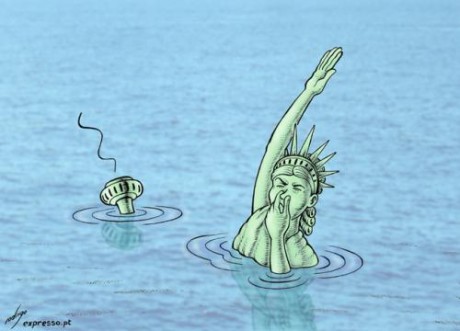 In the last couple years, there have been so many sea level rising concerns; however, people seem like they do not care about it.  That is very scary.  We should put attention on the sea level rising.  If the sea level keeps rising each year then many of the places we love near the sea will gone or threatened.

When  global temperatures are getting hotter and the polar ice melts, the global sea levels rise up.  The sea level is rising faster in recent years. The world needs a plan.  Now might be fine for us, but what about in the future?  A new study suggests that sea levels are rising at an unprecedented rate and that the problem will continue.
“Sea level rise in the 20th century was truly extraordinary by historical standards,” says Bob Kopp, an associate professor of Earth and planetary sciences at Rutgers University, and who is lead author on the study, which appears in the journal Proceedings of the National Academy of Sciences.

Sea levels rose by roughly 5½ inches in the past hundred years, Kopp says, noting, “That’s faster than any century since at least 800 B.C., since the founding of Rome.”

Kopp’s team based its findings on dozens of earlier studies carried out around the world. Those studies determined past sea levels by looking at everything from microbial fossils to the locations of ancient Roman ruins along the Italian coast.

The results show sea levels remained largely unchanged for more than two millennia — except for one period around 1000 A.D., in which the oceans dropped slightly due to a brief medieval cold snap.

Looking forward, Kopp and his co-authors predict things are going to get worse. The team’s findings suggest sea levels will rise between 1 to 4 feet by 2100.

Kopp says those kinds of increases will put many coastal cities at risk of frequent flooding. Although cutting carbon emissions could help in the future, rising seas now appear inevitable. Sea level rise “is going to be something we have to prepare for,” he says. 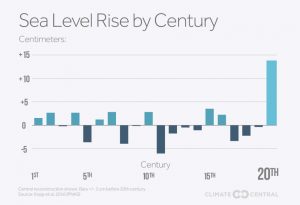 The reports of some news about sea levels increased.

What if the ice melted on Earth?