I Love I Hate I Miss My Sister 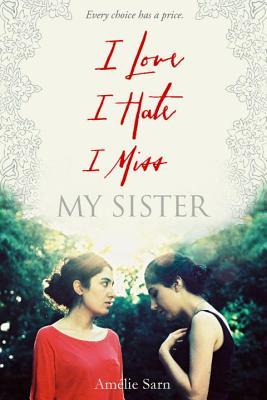 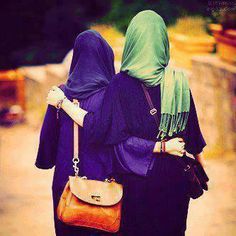 I Love I Hate I Miss My Sister is a story of two Muslim sisters, Sohane and Djelila. Both born in France in a Muslim community. Both of them have different paths. Sohane is more mature and chooses to become more religious by wearing a headscarf, long sweaters, baggy cotton pants, while Djelila is more about wearing makeup, tight clothes, smoking, drinking alcohol and also going out with boys. They are very different yet both love and protect each other.

This book shows social conflicts through different personal narrators and their experiences in modern French society.

“Besides, I don’t want a boy to look at me because he attracted to my bared skin. I want something more. Something better”

-Saying- Sohane wants a boy who considers inner beauty more than outer. She believes the beauty is what’s in heart not from physical looks. Therefore, she wears oversize clothes and does not show skin.

“God, forgive me. Arrogance is a sin. I wanted to protect you and you are dead. Djelila” (pg.63)

-Saying- Sohane regrets of not being too much closer as she was with her sister. It’s not good acting petty and showing ignorance.  Showing your ego more than being mature is NEVER the solution.

“Few days after Djelila died. Her death made the front pages of newspapers. They printed theories, created facts, spitting their lies and using all the gossip they could up here and there” (pg.77)

-Saying- Sohane feels false sorrow from the news and feels that her sister is being judged wrongly after her death from incorrect rumors and made up assumptions.

Both sisters tend to go separate ways when getting off the school bus to attend school
Group of boys who are referred as  “gang” ; Majid & his “gang” , who bully Dej’
Majid & his group of boys call Dejlila out names as in: slut, whore, bit*h..
The group are not Muslim’s yet are very strict & harsh on Dej, trying to teach her a lesson the incorrect way
Dejlila gets murdered by the “gang” due to her “showing” disrespect to Muslim culture
Dej gets misled on the newspapers the wrong way due to her decision on not wanting to be “too religious”

It shocked me to realize that this type of Muslim prejudice and discrimination is occurring today in a western democratic culture.  A conflict and struggle continue because the French society has become more strict with increased immigrants and refugees from Muslim nations as well as terrorist attacks in Paris and the the South of France