Ida B. Wells and her passion for equality. 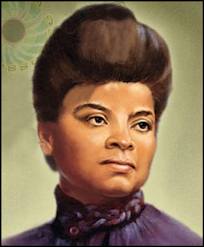 Ida B Wells, had a mission after a horrible incident that happened to her in 1878.  While riding the Chesapeake Railroad train she was ordered to give up her seat by the conductor of the train but she refused to do so.  In return, she was dragged out of the car for being black, witnesses around who were mostly white watched this happen and applauded like it was the right thing to do.

This action was not going to go unnoticed as Ida B. Wells immediately hired an attorney and sued the Railroad company for the discrimination she suffered.  She won the case but later the railroad company appealed the case to the Supreme Court and won.  This would only be the beginning for her mission on justice and equality for African Americans as well as the women movement.

This event went down in history and definitely helped improve the turning point with the help of other passionate African Americans and together contributed to their ultimate goal which meant a desegregated nation where equality for everyone was a right and the color of your skin shouldn’t matter.

The pain and suffering African Americans went through for all those years its unbelievable but in my opinion Americans created a tougher breed. What didn’t kill them made them stronger.  With the right guidance they achieved their goals through peaceful terms.

There has to be some type of white guilt in the Caucasian community knowing their ancestors owned slaves and after all these years we all realized that wasn’t the right thing to do.

What do you guys think ? Do you agree with me or nah?