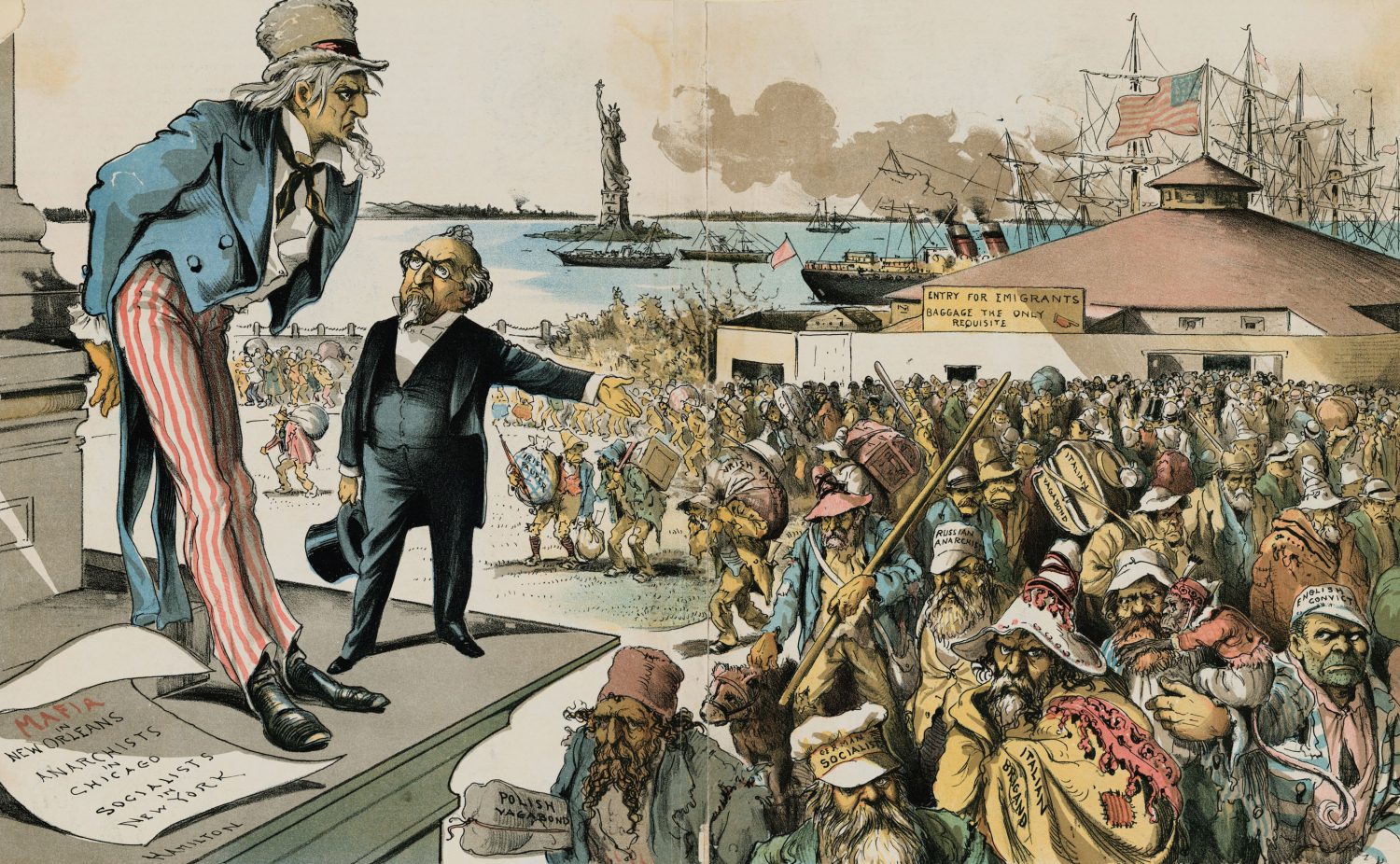 Original caption: Where The Blame Lies. Judge (to Uncle Sam)--"If Immigration was properly Restricted you would no longer be troubled with Anarchy, Socialism, the Mafia and such kindred evils!" 1891

Many people from Asia, Southern and Eastern Europe immigrated to United States of America looking for a freedom and the opportunity for better jobs and life. Immigrants are people who came to live from their home country to another country . Many people immigrants from one place to another. Most came to America because they had economics problems in their homeland or they do not have freedom of religion speech and other rights.

In 1871 the new immigration came to United States from countries like Italy, Greece, Poland, Russia Hungary and Yugoslavia also from Japan and China. Immigrants had contributed a lot in United States for example; Chinese workers helped to the construction of the transcontinental railroad, others immigrants help by working in factories, textiles or even at the plantation.

The new immigrants had more opportunities than the old immigrants because  there were more jobs and more technology. There were too many immigrants in the United States; especially Chinese in the west. In order to stop them from coming to America the government passed the Chinese Exclusion Act of 1882 . This law prevented Chinese from coming to the country, but immigrants from other places kept coming in large numbers so they passed the Immigrant Restriction Act. Many Americans were nativists; this is a person that has love of their country and does not like immigrants because they want their country only for themselves.

Sacco and Venzetti two Italians that were accused of being spies and were sentenced to death.  This was a time period known as NATIVISM in the United States when immigration brought fear and suspicion.

For 100s of years people have immigrated to and from different places, but the country the has the most immigrants arriving over time is America. This is a land of opportunity.  Even today immigration is a big issue worldwide but especially in the places of wealth and opportunity.  Europe is facing a big immigration problem now coming from Syria.