Industrial Progress in a Regional Society. 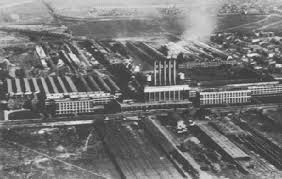 After the Civil War ended in April of 1865, the United States continued a slow transformation from an agricultural to an industrial society. The change came because of the availability of resources in western lands such as raw materials, like timber, iron, and oil. There was also development of new technology which started industrialization. Finally, there were a lot of immigrants coming to the United States so there was a large labor force. Because of all these changes occurring in the United States, becoming an industrialized society was preferable. But the growth of industry was mainly in the urban north and the use of raw materials was mainly in the more rural west and south so sectionalism continued in America and this led to increased social inequality. 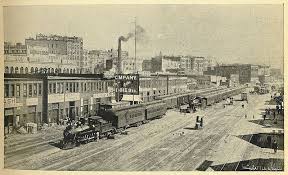 The Industrial Revolution sparked a great many changes in America. The development of machinery led to a need for workers to operate the machinery. Work went from being rural and agrarian to include a greater need for urban workers in factories. The need for more workers led to urbanization as people moved from farms and outside communities in order to live near the factories. Cities developed with large populations. immigrants allowed into America as people were needed to work in the factories. The face of the labor force included men, women, and children.

Some of the early industrial inventors and investors include the following;

Cornelius Vanderbilt, he was an American business magnate and philanthropist who built his wealth in railroads and shipping.

John D. Rockefeller,  He was  co-founder of the Standard Oil Company which was a vertical monopoly.

Andrew Carnegie, the Scottish American industrialist who led the enormous expansion of the American steel industry in the late 19th century.

Henry Ford, the founder of the Ford Motor Company and he was the one invented and effectively used the assembly line technique.

Thomas Edison, he was the founder of the most common and easily used electric light bulb and the photography of the motion picture camera.  This technology greatly changed both work and leisure for Americans.