A new era of mass production arose in the United States because of technological innovations, a favorable patent system, new forms of factory organization, an abundant supply of natural resources, and foreign investment. The labor force came from millions of immigrants from around the world seeking a better way of life, and aided a society that need to mass produce consumer goods. The changes brought about by industrialization and immigration gave rise to the labor movement and the emergence of women’s organizations advocating industrial reforms.

Some of the inventions during the age of  Industrialization are…

*In 1903  The Wright Brothers invented the first Airplane. 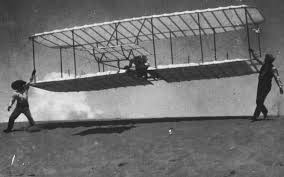 *In 1908 Henry Ford invented the Model T Ford.
If America evolved this much within 100 years what do you think is going to happen in the next few decades?
How much will our phones, computers, and our cars  be evolving?
I love cars personally, so seeing the new 2014 and 2015 cars that are being released is a HUGE difference from what they used to be like just a couple years ago, for example the new BMW I8, or the new 2015 Mustang, or Dodge Chargers.  Do you think we will still be traveling everywhere in cars 100 years from now?