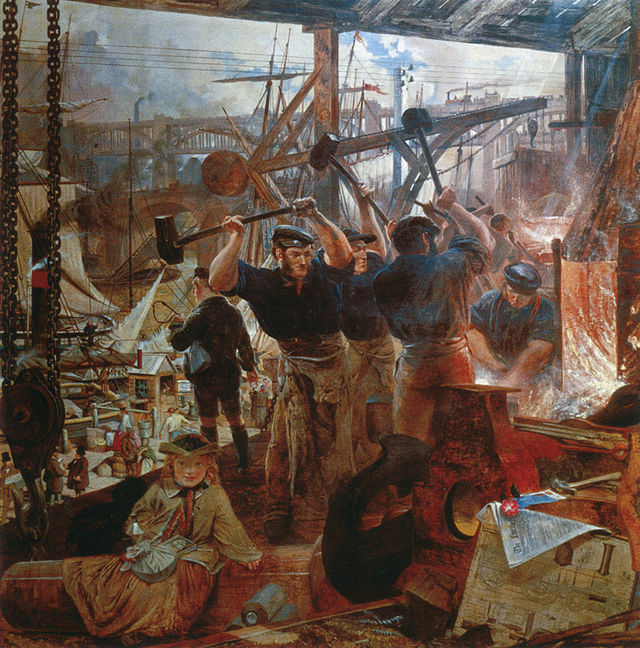 The early Industrial Revolution was the transition to new manufacturing processes in the period from about 1760 to sometime between 1820 and 1840. The Industrial Revolution began in Great Britain with textile mills, mining, and the building of canals for transport.  It spread to Western Europe and the United States. This transition included machine tools and increasing of steam power. This Revolution improved the transportation, communication and banking. It also improved standard of living for some while at least increasing employment opportunity for others.  Industry attracted migrants to cities and often the living conditions for the working poor were terrible.

From 1870 -1900 cities and manufacturing businesses grew rapidly in America due to the completion of the transcontinental railroad and the transport connection to cheap raw materials from increased mining and farming.  The growth of cities was called urbanization.

This Revolution was a good thing for America because it helped lots of people in many different ways. Without this Revolution none of the manufactured goods would’ve happened. The Industrial Revolution continues today with computer technology and the shared knowledge of the information age.  Every step of progress in human history also comes with some costs.  We need to be aware of the costs like pollution and make sure that the benefits are always greater.