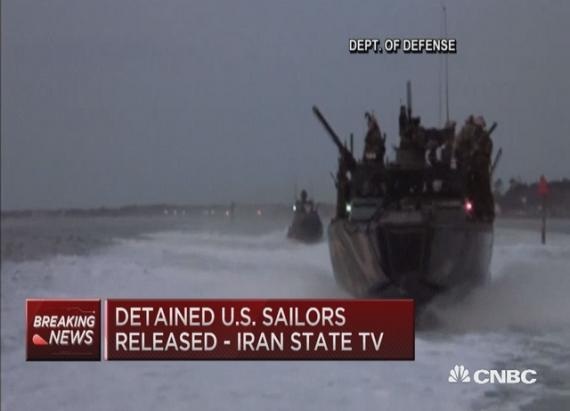 Iran released 10 U.S. sailors on Wednesday; a day after they detained them aboard two U.S. Navy guard boats in the Gulf, bringing a swift end to an incident that had bounced nerves just before the expected action of a landmark nuclear deal.

Iran’s Islamic Revolutionary Guard Corps (IRGC) said it had released the sailors after deciding that they had entered Iranian territorial waters by mistake. IRGC Rear Admiral Ali Fadavi said the boats had strayed because of a broken navigation system.

There was no proof that the sailors were harmed while in Iranian custody, the Pentagon said. The quick resolution differed with previous cases in which British servicemen were held remarkably longer, in one case nearly two weeks.

Iran is hoping for the U.N. nuclear overseer to approve their plan on Friday. Iran must cut back its nuclear program to cover the way for the unfreezing of billions of dollars of Iranian assets and bring an end to bans that have damaged oil exports.