Iraq’s Sad Lesson; Genocide Must End in the 21st Century 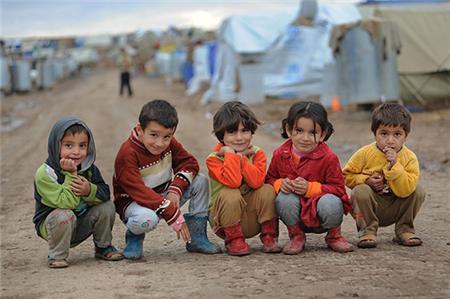 As a Kurdish girl, when I hear someone talk about genocides I feel so sad and my hands shake because the world still doesn’t recognize this massacre as a genocide.  Iraq and Syria today continues to suffer genocides. When the ugly acts at  Halabja  happened all the people died.  This included kids and old and young people dying.  Families were separated when some people escaped to Iran  for help.  Some kids lost their family and they continue looking for them today.  Many Iranians adopted Kurdish refugee children. As these kids grew up in Iran their adopted family began telling them  that you are not from Iran, you are from Kurdistan Halabja.  Sometimes families have been reunited with Uncles, Aunts, Cousins, Grandparents through DNA testing.  Thousands still are looking for their grown children. Every March 16th there is news of someone finding their family that was separated.

Americans know about Saddam Hussein because of the Gulf War of 1991 when America led a coalition to push Iraq out of Kuwait but many do not know of the atrocities in Iraq that occurred in the 1980s.  Saddam Hussein was left in power after his forces retreated in “Operation Desert Storm” and he was not put on trial.  It was only after America was directly attacked in 9/11/2001 that President George Bush looked for a reason to go after Saddam Hussein.  Terrorism against the West would not be tolerated but sadly genocide against the local population was overlooked.  America went to war against Iraq for a second time in March, 2003.  Eventually Saddam Hussein was captured, put on trial and put to death on the first day of Eid in 2006.  – World History Teacher

On 16 and 17 March 1988, Iraqi government airplanes, under the command of Saddam Hussein, dropped chemical weapons on the town of Halabja. Approximately 5,000 civilians, including women and children, were killed.  The horrific tragedy of Halabja was part of the genocidal Anfal campaign against Kurdistan’s civilians, which included mass summary executions and disappearances and widespread use of chemical weapons. The Anfal campaign also saw the  destruction of some 2,000 villages and of the rural economy and infrastructure. An estimated 180,000 Iraqi Kurds were killed in the campaign between 1987-1989
http://www.bbc.com/news/av/world-middle-east-20583320/1988-chemical-weapons-attack-on-halabja

What is the definition of genocide and what are the genocides of the 20th century that students learn about in history class?

Genocide it is the deliberate killing of a large group of people, especially those of a particular ethnic group or nation.Genocide is the deliberate and systematic destruction, in whole or in part, of an ethnic, racial, religious or national group. The term was coined in 1944 by Raphael Lemkin. It is defined in Article 2 of the Convention on the Prevention and Punishment of the Crime of Genocide (CPPCG) of 1948 as “any of the following acts committed with intent to destroy, in whole or in part, a national, ethnical, racial or religious group, as such: killing members of the group; causing serious bodily or mental harm to members of the group; deliberately inflicting on the groups conditions of life, calculated to bring about its physical destruction in whole or in part; imposing measures intended to prevent births within the group; [and] forcibly transferring children of the group to another group.

How do we find justice? My  dad learn me I have a justice when I’m born.

What is the court for international war crimes?

The International Criminal Court (ICC or ICCt)[2] is an intergovernmental organization and international tribunal that sits in The Hague in the Netherlands. The ICC has the jurisdiction to prosecute individuals for the international crimes of genocide, crimes against humanity, and war crimes. The ICC is intended to complement existing national judicial systems and it may therefore only exercise its jurisdiction when certain conditions are met, such as when national courts are unwilling or unable to prosecute criminals or when the United Nations Security Council or individual states refer situations to the Court. The ICC began functioning on 1 July 2002, the date that the Rome Statute entered into force. The Rome Statute is a multilateral treaty which serves as the ICC’s foundational and governing document. States which become party to the Rome Statute, for example by ratifying it, become member states of the ICC. Currently, there are 124 states which are party to the Rome Statute and therefore members of the ICC. However, Burundi has given formal notice that it will withdraw from the Rome Statute.

Who is helping the victims of Syria and Iraq today?

Lessons for today. How can genocide be prevented in the future- we we ever change?

We believe that working together, we can prevent mass atrocities and end genocide by: 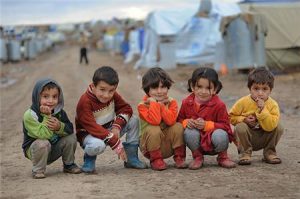 The destabilization of Syria allowed for the rise of ISIS, the most extreme Islamic group in existence. ISIS has besieged cities throughout Syria and Iraq, claiming a new country for themselves called the Islamic State. Their “nation” is the size of Great Britain and covers territory in both countries. The implementation of their extreme form of Islam has resulted in mass killings of minorities, modern slavery, rape, child soldiers, and public beheadings. Their barbaric actions have caused fear to spread throughout the region and displaced more than a million people inside of Iraq.