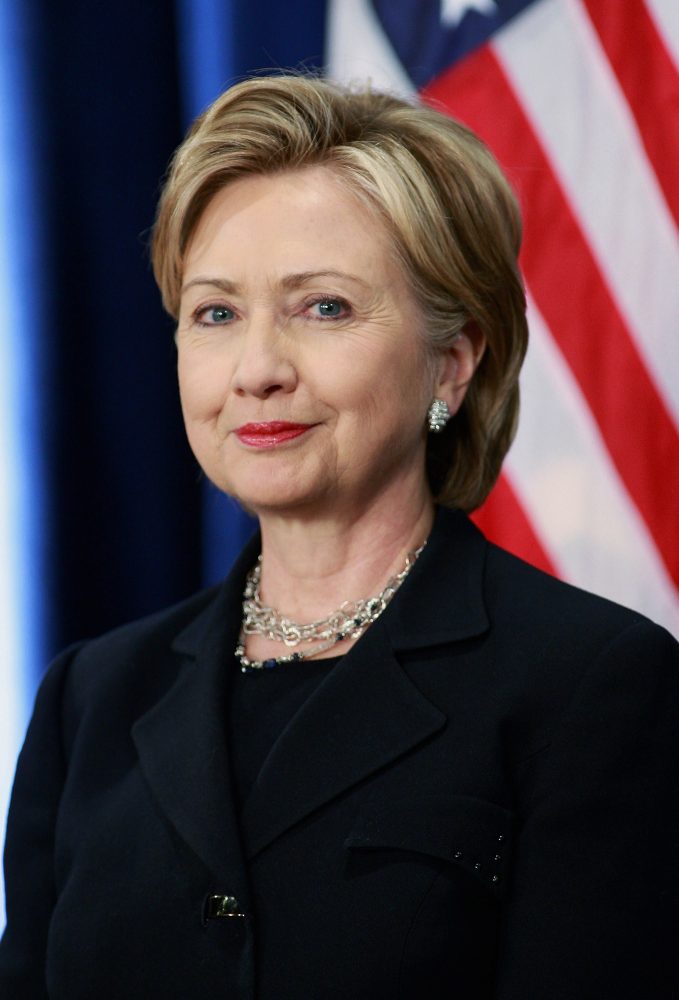 CHICAGO - DECEMBER 01: Senator Hillary Clinton (D-NY) listens as President-elect Barack Obama introduces her as his choice for secretary of state during a press conference at the Hilton Hotel December 01, 2008 in Chicago, Illinois. Other members of the National Security Team named by Obama at the press conference include Washington attorney Eric Holder as attorney general, Arizona Governor Janet Napolitano as his choice for homeland security and he said Robert Gates would remain as defense secretary. Retired Marine Gen. James L. Jones was selected for the position of national security adviser and Susan Rice as U.N. ambassador. (Photo by Scott Olson/Getty Images)

I choose Hilary Clinton because I took the quiz https://www.isidewith.com/ along with 33,000,000 other voters and she was the first candidate on my list.  Before I took the quiz I wasn’t sure if I would vote for her or not.  I looked up and am glad to know about her a lot.  I would support Hillary Clinton because she has experience and planning to help organize America to become a better country in several ways.

She spoke to the public about education, economy, foreign policy  and trade, and etc.  She said in her speech that ” I have a plan to make college affordable. Debt free tuition if you go to a great public college or university like this one.”  Education is one of the most important issues for the any democratic society and for our country.  She is also planning to free the community college process as a way of continuing public education.  This is where I would go after High School graduation. I want a leader who invests in my future.

She  can help to make a better economy for the United States.  She supports bringing up the minimum wages and increasing job opportunities.  She would allow students to work less and support them in educational funding.  “Give working families a raise, and tax relief that helps them manage rising costs.”  It allows for helping many families who deserve to be supported.  She will push the businesses to make income for the American worker and create more jobs for everyone.

I strongly support Hilary Clinton because of her promises.  I believe that she would do it. I am impressed from her speeches.  I hope she will find success in her goal to be elected the first woman as United States President.

Who do you side with?  Will you vote?

For more specific information about Hillary Clinton on the important issues click below: