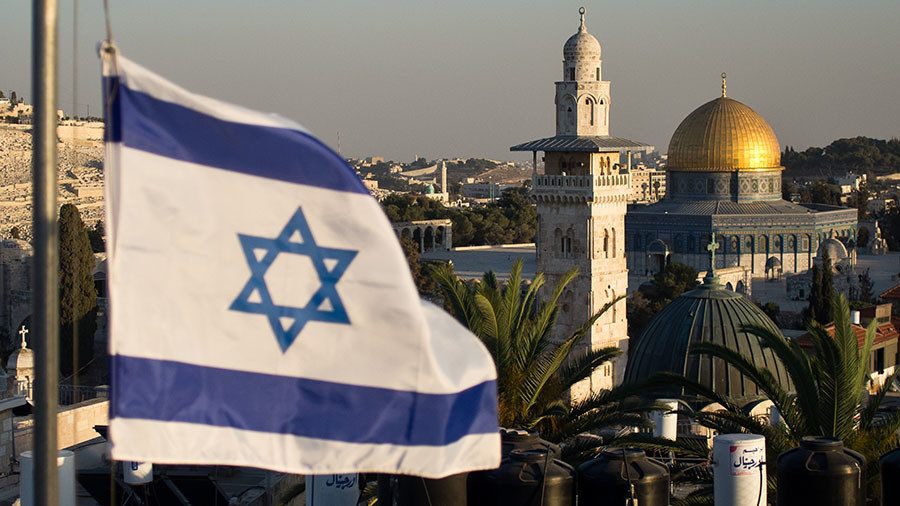 The City of Jerusalem is seen as Holy by Jews, Christians and Muslims. It is a place of politics today especially after President Trump said he would move the US Embassy from Tel Aviv to Jerusalem.

Judaism is one of the oldest religions in the world. The first of our major religions to practice Monotheism (the belief in one God). It is approximately 5,000 years old.  Judaism is interesting because it is like the root of two other big religions, Christianity, and Islam. Most early civilizations practiced polytheism, the belief in many Gods. The first faith to practice monotheism, was Judaism. The reason why Jews adopted this idea, was because they saw their creator God as a protector of their people.

The first group of people to practice, was the Hebrews. A group of people located in the Southwest of Asia, near where Israel is located today. Abraham is considered the father of monotheism. A lot of people believe the idea that God spoke directly to Abraham, God made an agreement to him, called Covenant.

A Covenant is a pact or promise, made between God and Abraham. In this Covenant, the Hebrews would worship only God in exchange of God’s protection. After many years in Canaan, the Hebrews moved South into Egypt and were taken as slaves.  Moses is the Jewish leader who helped them escape from slavery and was given the 10 Commandments by God to renew the covenant.  The Jews escaped slavery and established a Kingdom in the promised land of Israel.  King David and his son King Solomon built the Jewish temple in Jerusalem and it is from these kings that Jesus of Nazareth is said to have descended.  The Roman Empire was ruling Jerusalem at the time of Jesus’ birth and King Herod saw the birth of Jesus as a threat to his power.  The history of Christianity is born in the history of Judaism.

Antisemitism in the 20th Century

Unfortunately some Christians over time saw Jews as the ones who rejected Jesus and put him to death for claiming to be king and messiah.  This view of Jews as bad guys may have led to the rise of anti-antisemitism in Christian Europe where many Jews had decided to live.

What happened to Jews in the 1930s in Germany and why?

A link to Jewish Ghettos

Ghettos existed in Europe before Hitler got the power, actually Hitler used in order to come to power. It was a kind of racism against the Jewish people. German soldiers put a lot of Jewish into death campus, in order to kill a big amount of people in a short period of time.

The word “Holocaust,” from the Greek words “holos” (whole) and “kaustos” (burned), was historically used to describe a sacrificial offering burned on an altar. Since 1945, the word has taken on a new and horrible meaning: the mass murder of some 6 million European Jews (as well as members of some other persecuted groups, such as Gypsies and homosexuals) by the German Nazi regime during the Second World War. To the anti-Semitic Nazi leader Adolf Hitler, Jews were an inferior race, an alien threat to German racial purity and community. After years of Nazi rule in Germany, during which Jews were consistently persecuted, Hitler’s “final solution”–now known as the Holocaust–came to fruition under the cover of world war, with mass killing centers constructed in the concentration camps of occupied Poland. It was a really bad experience to all the Jewish people. Out of Israel, the second country where more Jewish people are today, is the United States. An estimate of 5.7 and 6.8 millions.

The Nation of Israel.

Purpose
1. The purpose of this Basic Law is to secure the character of Israel
as the National State of the Jewish People in order to codify in a basic
law the values of Israel as a Jewish democratic state in the spirit of the
principles of its Declaration of Independence.

The video below is from the Jewish point of view on the nation of Israel.  There are many sides to this complicated story of conflict.  Many Arab people feel that their homeland was stolen from them by the Jewish people but most just want to live in peace.

Here is another point of view that looks at economic imperialism and the middle east in the 20th century:

The Roman Catholic leader, Pope Francis considers Jerusalem, as a very important religious city. That is why he visits Jerusalem to share whit other different religions there. Jerusalem means city of peace but it has been fought over throughout its history.