Justice Does Not Tolerate Lies. 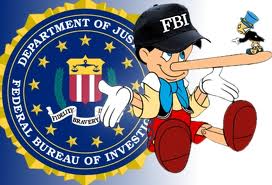 A young man in Charleston, South Carolina was sentenced to two years in prison for not telling the truth to the FBI about his friend’s plan of  violent, deadly racism at the Historic Black Church. His friend was identified as Dylann Roof,  responsible for taking the life of 9 members of the church during a bible study. After a night of alcohol, drugs and video games, Roof  confessed  that he hated black people so much that he wanted to kill them. Joey thought his friend Roof was just teasing at the time and that he never thought he would be capable of doing it.

A week later he heard the terrible news reports of a massacre at the Historic Black Church. Joey instead of calling the authorities, He called his other friend to accompany him to the police station. When Joey confessed that his friend Roof had committed the crime, he tells a different history. He lied about the conversation he had with his friend Roof.  After some investigations and interrogations to the accusers, there was found that Joey’s testimony was a lie and that he had hidden information about Dylann Roof. He was charged for not calling the police to denounce Roof as a suspect. As a minimum punishment under federal law, he was accused of not detaining his friend from committing the crime and hiding information about his friend’s intentions.  He received a sentence of up  to  27-months in prison.

The government wanted a stiffer example out of Joey  because he could have stopped the massacre. This is an example for many of us not to make the same mistake Joey did.  Even if it seems that we will never be in this situation, telling the truth is the most important value when it comes to finding justice.  He is now facing charges and will be detained for a long time. Some people think it is better to stay loyal to a bad friend because they don’t want to be a “snitch” or an disloyal friend.  I think in a similar case the best decision would be to immediately inform the police or someone who can avoid a tragedy or harm. It is necessary to act to avoid a tragedy, if you see or hear something, say something.