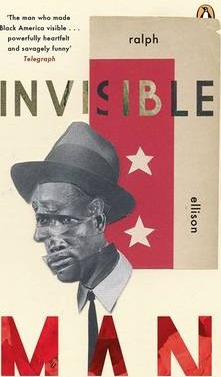 This story takes place in the 1940’s with a southern kid who is racially profiled and refused to be seen by his society. The invisible man starts off living in his abandoned basement but what brings life to his place is the 1,369 light bulbs across the ceiling. The invisible man is about an African American man who didn’t understand the reality of racism. He participates in the Royal rumble where he fights until the death to earn his chance to give a speech and carry out his grandfathers words “follow the white man “. He later is offered a scholarship to black  college That was founded by Mr Norton While the author describes the nature of invisibility, This occurred when Mr Norton began telling the invisible man that he was his fate and when Mr Bledsoe decided his fate for him and kicked him out with no chance to return Because Mr Norton the founder of the college is severely beaten at the golden day . Upon returning to class Mr Bledsoe has a talk with the invisible man to assure him he would be sent to NY for allowing the founder of the college Mr Norton to be hurt. The invisible man soon gets a job in the paint factory that sells optic white paint which was the only color used in the factory,this is one of many times where the character shows examples of how The character views himself as a social outcast.  Given opportunity to live again he joins a political group called the brotherhood.  When he then learns more about his culture and is enlightened to become a mature adult.  The idea of oppressiveness Eventually comes to an end when his group starts to riot because one of his bothers betrays him by dying. he eventually is left with nothing but a journey to find his social identity and developing self-acceptance and self- discovery.

“All my life I had been looking for something, and everywhere I turned somebody tried to tell me what it was.” In both stories they were looking for the truth, accountability, and freedom from oppression.

“Sometimes its best to find visibility by staying invisible” Shown in both Harriett Tubman and The Invisible Man  they were able to hide in the dark both showing setting of underground. Even in Harriett Tubman most of the time they are shown underground.

“I began to accept my past and, as I accepted it, I felt memories welling up within me. It was as though I’d learned suddenly to look around corners; images of past humiliations flickered through my head and I saw that they were more than separate experience. They were me; they defined me.” In the Invisible Man he began to believe and follow the white man. He thought his destiny was already decided, additionally in Harriet Tubman they began to lose faith after witnessing many die along the journey.

The relevance To The Invisible Man today would be the Harriet Tubman Film directed by Kasi Lemmons.  Social tension, reflects upon the harsh insights of the past. In society people are scared of the past being unable to forgive and make a change. Integrity, is the beauty of being able to do the right thing when no one is there to judge your actions. In the movie Harriet Tubman, the director Kasi Lemmons explains the emotions and the how hard is it to direct such a film. Additionally, Acting the film to make it realistic and giving the audience the truth of the past is hard on the crew members because of certain words used or even certain acts for example beating slaves.

However honesty, the most important attribute plays a big part when making these movies. In a historical movie like Harriet Tubman  owning up to what happened in the past makes the audience feel accountability. The will to be able to see the past and say whats wrong rather then justifying whats not wrong. The purpose of these movies in perspective are to drive people in the right direction by changing the idea of who owns the most power and authority . Mostly this film is to inform the audience about how history actually happened because not everything is taught in school. Often, in society we see the white male as a heroic figure but in Harriet Tubman we are able to recognize and applaud an African American women. Most people fall in tradition and for many generations these principles were forced on people through tradition. To this day, anguish and grief cause voices to speak up and change the way people think, engage, and forgive to establish a real pursuit of happiness.