Killed for socializing with a White women? The Legacy of Racism 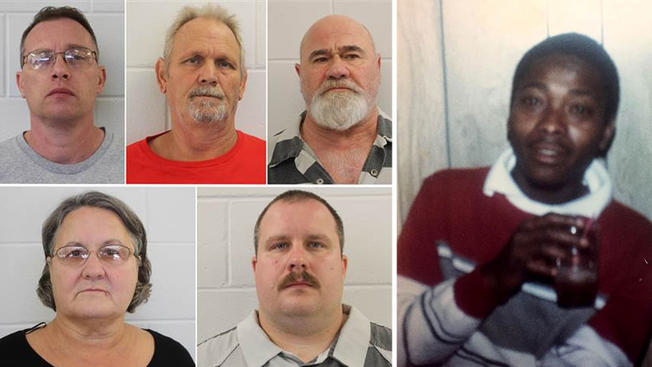 In 1983, october 9th a man was found dead in a abandoned grassy area in southern Georgia  by the name of Timothy Coggins, and five people were arrested including 2 officers that worked for the Police department. The 2 police officers Frankie Gebhardt and Bill Moore were both charged with Murder, aggravated assault, concealing a death and some other crimes. The suspects had a long line of charges so they were thrown immediately in prison, and Gregory Huffman was charged with violation of oath of office and obstruction, and he was also fired from the Spalding County detention center. Sandra and Lamar Bunn were charged with Obstruction, and Sandra worked for the Milner Police Department.

No one really knows why or how they murdered Timothy Coggins, but the Government did a good thing by bringing the suspects to justice and charging them instead of giving them a chance and give them a pass and drop all charges. The issue about this is that killing a black man is not gonna help or solve anything in this world, and all it is going to do is bring more violence and hatred to the world and there will never be peace unless they stop killing for no reason. I know this is a old article, but this violence is still going on 40 or 50 years now. Personally I do not think it is going to end.