The Kwangmyongsong carrier blasted off from the Sohae launch facility 9 am Sunday, entering orbit 9 minutes and 46 seconds after liftoff. It was a peaceful launch according to the global norms, but we have the international community begging to differ. North Korea is taking advantage of space technology, technology with both civil and military use to develop long range missiles. 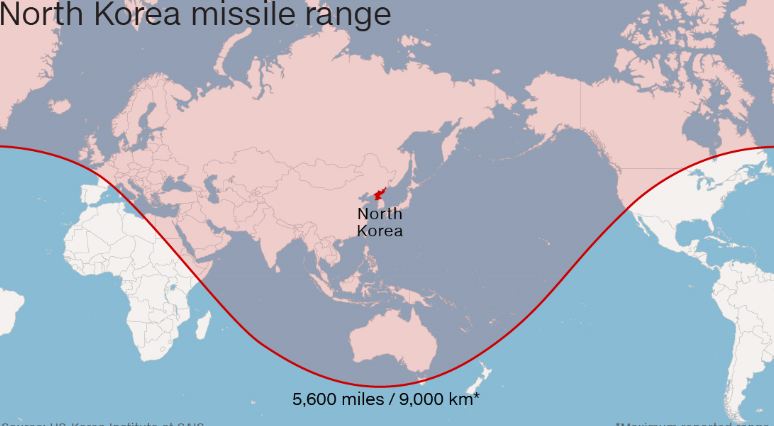 North Korea has attempted 5 times to launch a satellite into orbit. They can now easily learn how to launch a missile like an atomic bomb because the technical aspects of the satellite launch and the missiles are not that different. The U.N. called for an emergency meeting this month after Korea launched the satellite over the weekend. They had this meeting because North Korea is banned from testing missile technology under any circumstance. Now the U.N. will determine what are North Korea’s consequences. This is the relationship of power and authority on an international level.

U.N. officials want Korea’s surrounding countries to stop communication, which they think is an appropriate response. China does not agree with this thought, since they are Korea’s ally and source of food and energy.  China now has the responsibility to straighten out Korea to match the international community. This launch will probably yield to a U.S. missile defense systems in Asia at the earliest possible date. Korea still is announcing that there will be more launches to come. This is scary knowing that nuclear and missile technology is in the hands of such a narcissistic nation. It is up to China to address and do its part and give us hope for the future.

North Korea is known as Democratic People’s Republic of Korea. It is located in East Asia, in the northern part of the Korean Peninsula. Korea was annexed by the Empire of Japan in 1910 as the Japanese surrendered at the end of World War II. Korea was divided into two zones by the United States and the Soviet Union in 1945. Soviets claimed the north and the south was by Americans. Joining of the two sides failed, so in 1948 two different governments were formed. Democratic People’s Republic of Korea in the north, and Republic of Korea in the south. North Korea invaded the south which led to the Korean War (1950–53). there was a seize fire ceasefire, after 3 years but no official peace treaty was ever signed. They were both accepted into the United Nations in 1991. Democratic People’s Republic of Korea (north) officially describes itself as a self-reliant socialist state. Critics see it as a totalitarian dictatorship. Kim Il-sung and his family are also looked at as dictators. International organizations noticed human right violations in North Korea.

To learn more about what is going on in Korea like the terrible famine and failure to provide for its people click here.