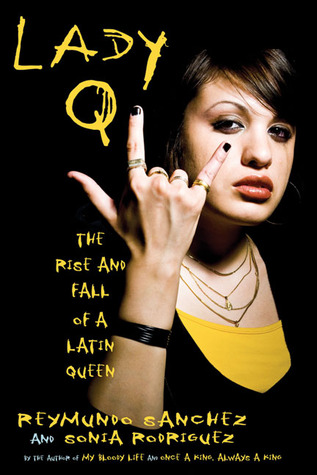 Sonia Rodriguez is from Chicago, IL. Since she was a little girl Sonia has had a harsh life. Her family physically and mentally abused her. Her stepfather raped her when she was 5 and her uncle who was known as a pastor abused her. She never got love from her mother or sisters, she was blamed for everything. If anyone got angry at home for whatever reason they took it out on her and beat her. Sonia was always depressed and questioned herself why her family was this way with her. They never acknowledged her, it was as if she were a stranger.

Sonia soon started learning about the gang (Latin Kings/Queens) due to her sister being involved in the gang. Sonia soon started hanging out with the gang, she started noticing they were the only ones who liked her. She soon became a member after being promised Love, Respect, Sacrifice, Honor, and Obedience. Those were the 5 points of the gang. Sonia soon started doing drugs, becoming violent, and doing illegal things for the gang. From that point on things started getting worse for Sonia. She was hoping to be more, more powerful, more rich, more everything. She wanted to be the highest ranking member. She even started being a mule and dating incarcerated high ranking members to get to the top.

Gang culture is a big problem in society today because they don’t do anything but cause violence to others. They take advantage of young people and offer them everything they couldn’t get at home just to have them join. This book shows a female’s perspective and informs that they don’t always aim for young men, but for women too. That has a lot to say about gang today, they just want to look for whoever to do things for them.

I think about how Sonia could’ve looked for another solution to her problems instead of joining the Latin Kings. Things could’ve turned out differently for her and her current family now. She wouldn’t of had to do all those things she did to be where she is today. If anything joining the gang made her life worse. Everything she was promised turned out to be temporary, but she was in it “for life”. But I think it’s great she let her story be heard. She can inform young girls about what really goes on in gangs and what to expect before joining. With her story she can save other young women’s lives and prevent these kinds of tragedies.

This book reminded me of father Gregory Boyle, who works with gang members. He created Homeboy Industries to work with gang members and deal with gang violence a different way than law enforcement does. He offers everything gangs tend to offer people but keeps his word. What’s different is that Father Boyle does not use violence nor does he do illegal things. He uses the words of god and is supportive to all gang members regardless of what their story is. He found a way to deal with hurt people who don’t have anywhere to go but the streets. Father Boyle sees them as the people they are and helps them change their life for the better. Sonia might have not had that during her youth but today there are better choices than joining a gang.