Lessons from Macbeth on Human Nature and Presidential Politics 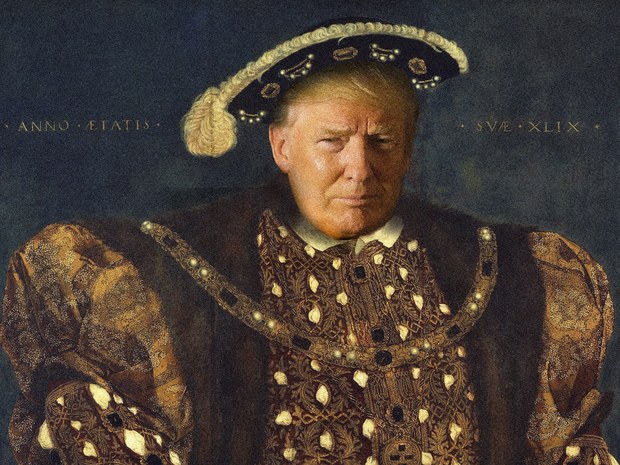 Can Shakespeare teach us lessons about our modern society?  What is your view of political power?  Some people say political power corrupts.  Is it possible to be a good man and a powerful leader?  Shakespeare was a renaissance writer who expressed timeless ideas about human nature in the English language.  In this review of Macbeth as a tragic hero I would like to make some connections to the events of our present day.

Macbeth is a story about how a Scottish general named Macbeth receives a prophecy from witches that one day he will become King of Scotland. He doesn’t want to wait any longer and because his wife convinces him, Macbeth murders King Duncan and takes the Scottish throne for himself.

After he kills Duncan he feels guilty and feels that something bad is going to happen to him. Then he commits more murders to prevent anyone from wondering who killed Duncan. His actions eventually cause his tragic downfall and a death that he could not avoid. He ends up getting his wife killed too because he killed Macduff’s wife and family and Macduff got revenge.

Macbeth is a tragic hero because of what he’s done he shows 6 distinct characteristics of the tragic hero that we still see in human nature today.  You may have seen the definition of these traits in those around you or in the stories of people in power but you might not know the greek terms that Shakespeare used to describe them. 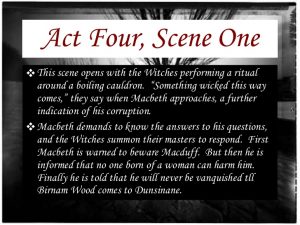 The characteristics of nemesis  and hubris  go hand in hand. When you are so self centered you act with hubris and your offenses to others will come back to you in the form of a nemesis seeking revenge.  This is what happened to Macbeth.  He shows hubris because he thinks of himself as the best and he should be king; not anyone else.  He is Nemesis because since he killed macduff’s family, Macduff got revenge on him and kills Macbeth at the end of the story.

Also Peripeteia is demonstrated in his tragic story because in the search of power and fame he finds a tragic loss of everything he once had.  He faces his wife’s death and his own death at the end. Anaganorisis is a type of shocking turning point in the story and it happens when Macbeth discovers his wife has been murdered and he is devastated.

Is president Trump a tragic hero in American politics? If you were to compare Macbeth to the current political situation in America, President Trump seems to demonstrate some of the characteristics of Shakespeare’s tragic hero.  In Macbeth he was a nemesis to anyone who got in his way of wanting to be king and have all the power. Donald Trump ran for president on the idea of being a nemesis to any democrat and especially President Obama and Hilary Clinton.  He seemed to run for the power not so much for the people. Both are similar in a way and compare much to each other even though they are centuries apart.  His use use of twitter is like a demonstration of the excessive pride of hubris.  He even goes so far as to block the freedom of people to criticize him on twitter.  Peripeteia and catharsis  is happening throughout the White House as at least 32 individuals who were seeking power with the president have resigned or been fired by the President himself. Most were forced out.  Some have even been publicly embarrassed and used as scapegoats for Trump. Trump Also has changed Obama’s policies just because they were Obama’s and he didn’t like the democratic viewpoints that he had because trump is republic. For example there is a policy that allows transgender bathrooms in schools and trump reversed the policy just because he didn’t like it.

Just a few of the many Obama policies that have been reversed by Trump are listed here:

Some people might view the definition of Catharsis as a positive because it is a release of emotional support but the emotions are usually associated with negative feelings of helpless fear and pity.   It seems that the emotional reactions that many Americans feel towards our current President weather they support him or despise him are all negative.  If they support him it is because they fear any or all of the democratic policies.  If they despise him it is because they fear the results of his own emotional and negative policies such as building a wall or creating trade tariffs or reversing anything good that President Obama accomplished.

The tragic hero Macbeth had a downfall that he couldn’t avoid. It was the loss of everything he valued including his own life that occurred because he killed Macduff’s family.    Macbeth had a flaw of emotional control known as hamartia.  He was acting out in anger and him murdering caused his downfall and death in the end. He is definitely a tragic hero in many different ways and he faces many ups and downs in his life. There are some similarities to Macbeth and Trump but there are differences too such as Trump hasn’t had huge downfalls some mini downfalls such as multiple ongoing investigations due to his decisions include such as his business matters and harassment  which are things that he got passed because of lawyers and money and power.  Trump shows Hubris because he thinks of himself as better because of the power he has obtained and he things he can get away with things from before he was president. Trump also shows Harmatia because he has been accused of many things such as sexually harassing a reality star and he denied it and got away with it mostly because of the power but it was still somewhat of a downfall.  The media is like the witches as in they can say whatever they want and spread either truth or lies and expect people to believe them and take their word for it just because they said so. 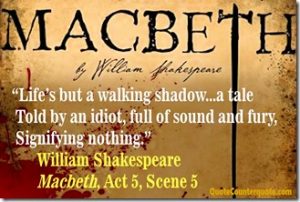