Life at Home During the World Wars 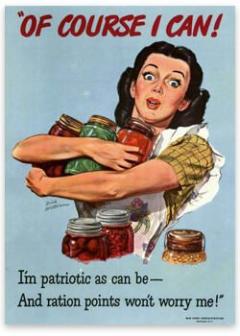 America entered World War II in December, 1941. Everyday life across the country was dramatically altered. The American Home front contributed greatly to allied victory in 1945. The US cities never came under direct attack, so because of this, the American economy and society remained strong. And the Americans did help, a lot actually!

Women helped greatly during World War II. For example, women worked in factories/government jobs and some even served in the military.  The cultural icon “Rosie the Riveter” became a symbol of women’s strength. Women were an incredible aid during World War II. 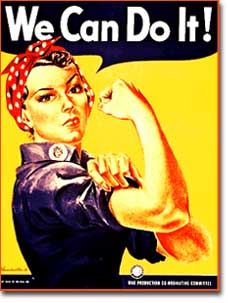 Other than Women, African Americans also played an amazing role during world War II. They helped in different ways, such as; migrating to cities to work in factories building vehicles and equipment for the War effect. These same black citizens remained employed in cities like Detroit too!