Living Courageously in Hope; The Story of Ernest Green 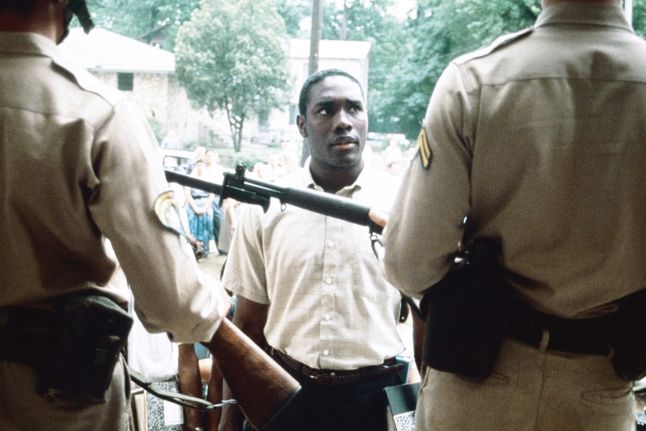 Can you imagine someone your age making a difficult decision which would change the lives of many people in this country? If I was living in a segregated society like Ernest Green’s situation in 1957, I don’t think I would have the courage, confidence and determination he demonstrated. Despite the struggles and bullies he was facing, this young man was determined to graduate from Central High School in Little Rock, Arkansas.  The story of Ernest Green reminds us that just two generations ago,not all people had the same rights and privileges. African Americans in the South were still segregated from  opportunities and resources from white schools despite a 1954 Supreme Court decision known as Brown v. Board of Education.

What gave Ernest the courage to say yes to this challenge?

The story or Ernest Green is a true story of living courageously in hope.  It demonstrates the power of commitment and action for greater good.   The Supreme Court decision of Brown vs. The Board of Education was not immediately enforced in Little Rock.  It was 3 years later when the slight possibility of integration presented itself. The school board offered the opportunity to apply to a chosen group of  talented Afican American students to attend the all white Central High School. It was Ernest Green’s Senior year. He was recognised as a talented leader and admired by other students at Horace Mann High school. Always wanting to make the best of his opportunities, Ernest chose to accept the challenge of school integration in the South. He was supported and inspired by mentors in history and in his own family.

How can the positive commitments of one person make a difference?

Ernest Green was an 18 year old African American male who lived in a time that had segregation and racism. African Americans and whites went to seperate schools back then because they were not considered equal back then. Ernest Green was first taught and encouraged encouraged by his grandfather to be a leader for integration.  Other heroes such as Jackie Robinson and Rosa Parks inspired him to act on the lessons he learned from his Grandfather. He wanted to to end segregation and bring equality of opportunity to young people of color.  Ernest was involved in the youth group at his church.  His pastor helped to guide the youth towards creative nonviolence. Ernest and his peers discussed the peaceful nonviolent philosophy of Mahatma K. Gandhi.  This inspires Ernest to be creative in the face of violence. Ernest was threatened by another student with a knife and Ernest showed a knife but knew he was not going to use it. His family was always supportive of him and hoped for the best. Ernest Green was also mentored by Rev. Dr. Martin Luther King Jr.  As Ernest made the decision to attend Central High School, MLK was 28 years old and speaking out on the radio and in Churches throughout the South. Martin Luther King wanted a better future and so did Ernest Green. Martin Luther King said he doesn’t want people don’t get judged by the color of their skin but by the content of their character.

As a first generation American citizen in my family I have known about the injustice of prejudice but I have always had an equal opportunity for education.  Sometimes I made decisions that got myself in trouble at school but it was my own trouble.  In the Story of Ernest Green he caused good trouble for the changes necessary during school integration.  It takes strength to cause good trouble for the benefit of others who come after you.  I had not known the story of the Little Rock Nine and I learned that strength can come in numbers with the people you choose as friends.  Ernest Green did not act alone.  He had his peers and his family supporting him.  It was interesting to see in the video story of Ernest Green that President Eisenhower ordered the National Guard to Little Rock because the State Government continued in their racist ideas.  This si an example of how National Government can protect the Constitutional rights of all citizens no matter where they live.