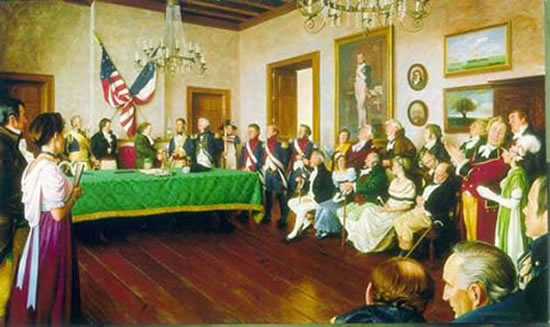 When there was conflict with Spain and the United States with navigation over the Mississippi for the right Americans to transfer their goods to ocean-going vessels at New Orleans had been resolved by the Pinckney treaty of 1795.  France had acquired Louisiana from Spain in 1800 and took the possession of Louisiana; Sending a whole French army in 1802 to St. Domingue and, to New Orleans.

Westerners became worried about having more-powerful French in control of New Orleans; President Thomas Jefferson noted, “There is on the globe one single spot, the possessor of which is our natural and habitual enemy. It is New Orleans.” The Louisiana Purchase was made in 1803 by the U.S. with over 828,000 square miles of territory from France. By doubling the size of the young republic.

After that, altogether I think it was a good buy and was worth it.  The price was low for acres and opened space for brand new settlements.  With the relationship with France, it was good and positive.  With this being a good purchase, it was good to say it would be part of the United States of America.  The Louisiana Purchase more than doubled the size of the United States of America and called the white settlers to “manifest destiny”.