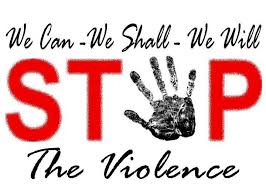 On  Wednesday September 24 In Wilmington , Delaware 28 year old wheelchair bound Jeremy McDole shot himself with a .38 caliber handgun.When authorities arrived on the scene the officers instructed McDole to show his hands which were concealed under his shirt were authorities assumed his firearm was located. Since McDole refused to comply with the authorities instructions he was shot and lost his life. This is yet another sad story in America regarding the rising conflict between law enforcement and civilians.

I believe that if you are confronted by the police and they instruct you to do something you should immediately comply. I do not think that in this particular case the police were wrong given the fact that McDole shot himself which I believe shows he had no regard for his own life. The police I believe did the right thing by neutralizing a potentially dangerous threat to others.

Being a police officer takes a lot of courage and responsibility. The main goal is to serve the greater good and I believe in this case they did there job, because had they have reacted slower they may lost there lives. McDole in this situation choose to make a poor decision by not complying with authorities and suffered from the consequences of his actions. This type of police justice for the greater good is known as procedural justice.