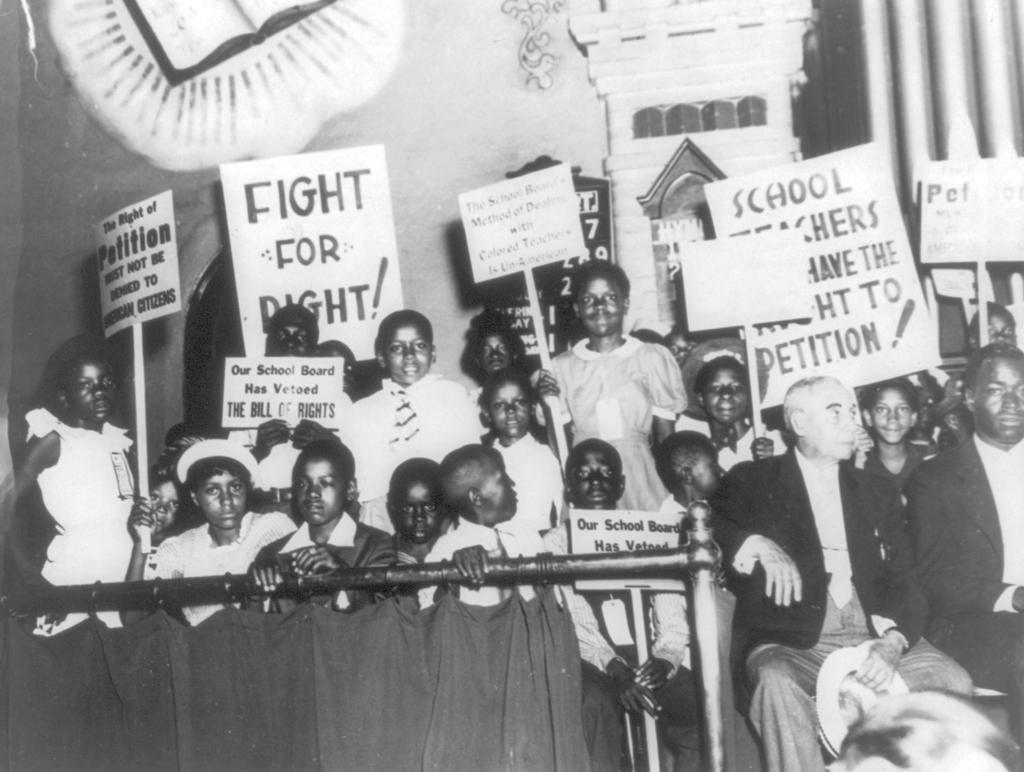 Massive Resistance was a policy in the 1950s employed by the state of Virginia when it came to enforcing the Brown v. Board of Education order to desegregate schools.

In 1954, U.S. Senator Harry F. Byrd, Sr. made a policy declaring Virginia to unite white politicians and leaders in a campaign of a new state law to prevent public school desegregation.  Many schools and even a whole entire school system were shut  down in 1958  and 1959.  Most of the laws of the Massive Resistance policy were overturned by state and federal court. Some aspects of the campaign against integrated public schools continued in Virginia for years.

In 1969, Virginians elected a man by the name of A. Linwood Holton, Jr. who was the first Republican Governor elected since the Reconstruction of the south after the Civil War. The following year Gov. Holton placed his children to attend a predominantly black school to show Virginia a model for race relations. He also increased the number of blacks and women employed in the state government. In 1973  he created the Virginia governor’s school program. When Virginia revised  its state constitution in 1971, it included one of the strongest provisions for desegregation concerning public education of any state in the country.

Harry F. Byrd descended from one of the first families in Virginia. His ancestors included plantation owner William Byrd II of West-over Plantation, who established Richmond.  He was also related to Pocohantas, the famous native of the Powhatan tribe who married a white man.

In May 1776 the Virginia colony declared its independence from Great Britain. On July 1, 1776, a committee of four was appointed to make a proper seal for the Commonwealth of Virginia. The four men were Richard Henry Lee, George Mason, George Wythe, and Robert Carter Nicholas. These four men came up with seal and what is now on our state flag.