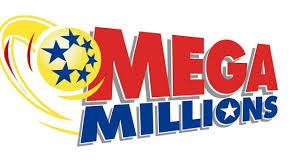 A 58 year old women named Ira Curry, has just won the highest Mega Million Jackpot in U.S history. It came as a total surprise to her, she bought her winning ticket last minute in Atlanta at a Gateway Newstand in the lobby of an office building. The numbers she used were a mixture of family members birthdays and her lucky number 7. She was one of 2 people to select the winning numbers and will be awarded half of the jackpot. Curry’s half of the cash option comes to $173,819,742.50, before federal taxes (25%) and Georgia taxes (6%). So in total her pocketed amount will total  $119,935,622.32. Since  late October, the Mega Millions increased the drawing’s pool of numbers. The odds of hitting the jackpot, which went from 1 in 176 million, is now 1 in 259 million.

In my opinion, winning the lottery is probably the most unlikely thing ever but people are still driven because they put 1 dollar down and could potentially win millions of dollars. Just the thought of only having to spend a dollar to potentially win millions in return is what drives millions of people to try their luck with the lottery. Here at Mountain View, every teacher took their chances, they all put down 1 dollar as they all tried to win the Mega Millions by pooling together. Mr. Hardy my Government teacher, told me at first he “didn’t want to use his money to gamble” but ended up putting down a dollar. If any of the lottery tickets bought by the faculty here would have won, they would have divided the money equally among all the teachers. They would have put a portion of the money towards school funding and the rest in each of their retirement funds.