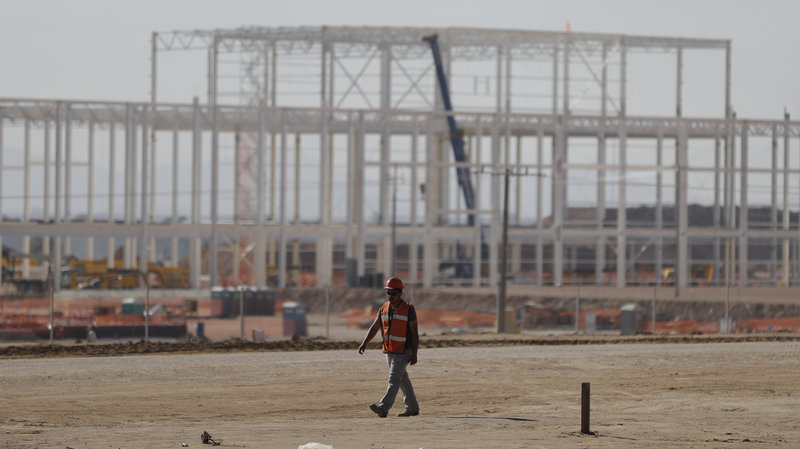 On January 05, 2017 the construction of a Ford plant in Mexico was canceled due to Donald Trump’s words and tweets.  Residents of Mexico who were promised good jobs and hoping for better relations with El Norte are feeling hate towards Trump. Around 3,000 Mexicans were expecting to be hired for the multinational Ford corporation. Many people had hoped that this was a great chance to start a good stable job in Mexico. Now, by Donald Trump’s words the construction of the plant was stopped.

The Trump-Ford development started around 9 p.m. Thursday November 17th with Trump tweeting: “Just got a call from my friend Bill Ford, Chairman of Ford, who advised me that he will be keeping the Lincoln plant in Kentucky — no Mexico.”

He then followed with a second tweet that read: “I worked hard with Bill Ford to keep the Lincoln plant in Kentucky. I owed it to the great State of Kentucky for their confidence in me!”  – http://www.detroitnews.com/story/business/autos/ford/2016/11/17/trump-tweets-mkc-stay-ky-ford-confirms/94057486/

“We all thought this was a long-term project,” says Juan Gonzalez, who had hoped to stay on when the Ford plant opened in three years.

Donald Trump began putting a lot of pressure on Ford to pull out of Mexico during the campaign, but Puente says Ford officials in Mexico kept assuring him the project was moving forward, and he says construction kept going. – NPR 1/05/17

The cars made in Mexico weren’t selling as expected. The gas was reduced from price so it could be afforded and even that didn’t cause any difference on the ford sell. 2017 seems to be the year of inflation as the prices have increased in Mexico by a big percentage, causing the money less valuable. People are blaming the bad business deals with the newly elected US President.
Maria de Jesus Ramirez Martinez  implied “Trump is blaming us Mexicans for everything … and it’s not right … it’s just not right,” she says.
This hate toward Mexico by Donald Trump needs to stop. I believe that Maria is right. It’s not right to be blaming Mexican people for everything. We all can see the clear picture! Trump is always taking it against  Mexico. If Trump wants to Make America Great Again he needs to put his child mind aside.  Trump needs the knowledge and understanding of real world leadership.

Does he realize that the migration of Mexicans and other Latinos north to the United States is part of what continues to make America great?  This is going to cause a big issue were Mexicans will act back. Donald Trump will get more hate towards making the United States miserable not GREAT as he expects.