Mexicans worry about their economy 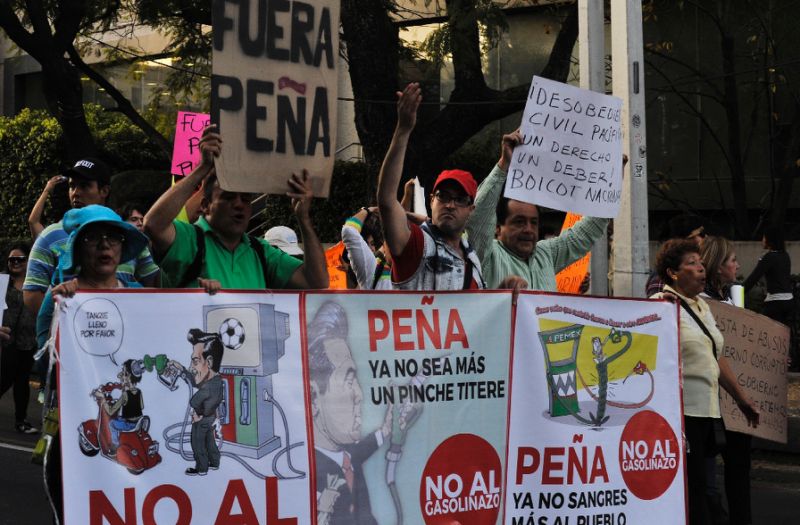 What Trump is doing doesn’t affect Mexicans. Gas price is what hurts them. Mexicans are upset about the rising gasoline price. Not just the gasoline, the food prices also increased. Food increase because of the transportation. The transportation had to increase the price of the food because the gas went up. This has hurt Mexicans and it can hurt anyone who owns a car of others who support a large family. This change its really hurtful for the Mexicans because they don’t make that much money at their job. Off course the Mexicans should be mad at the government because the mexico pesos are valued less now. One example is, In December, Fernando Ortiz used to pay 520 pesos (about $25) a week for gas. Now he pays 580 pesos.

As part of a plan to deregulate prices and cut back on subsidies, the Mexican government raised gas prices as much as 20%. The hike led to violent protests throughout the country, leaving at least six dead and 1,500 arrested. Hundreds of gas stations also closed down for fear of looting. Prices were supposed to go up again on February 3, but the increase was suspended after the protests and social backlash. The Mexican government decided to delay the second price increase to February 18, citing the volatility in international oil prices as one of the main reasons. Over the weekend, Mexicans continued to protest, taking to the streets in Mexico City and other towns. In the border town of Tijuana, protests got so out of hand that U.S. officials decided to temporarily close the border. 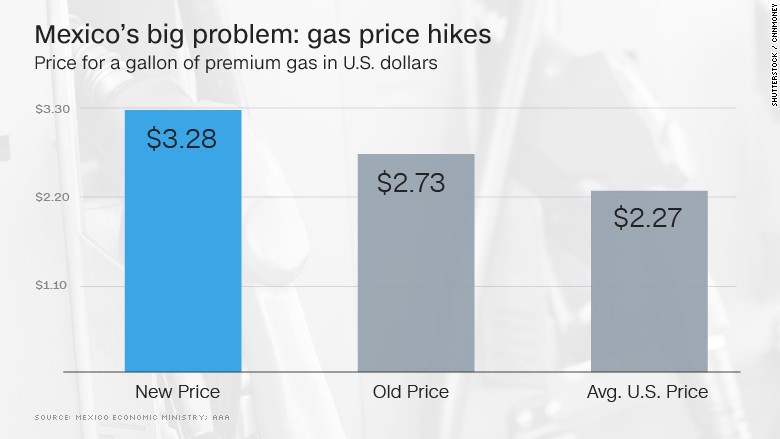