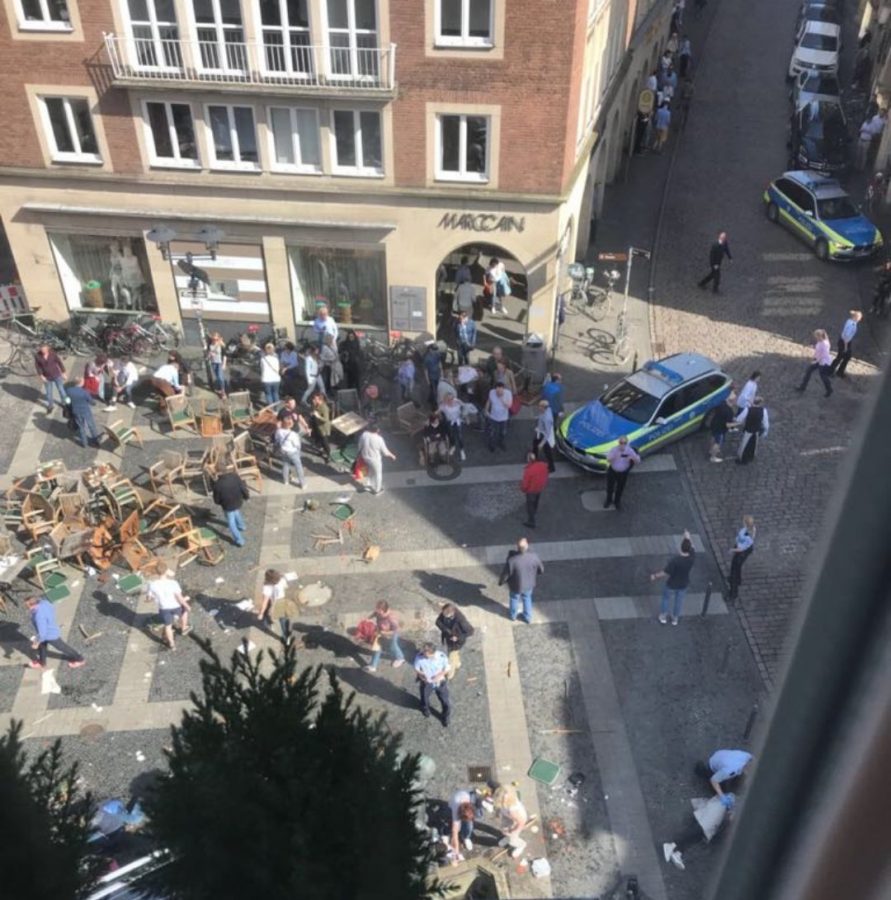 This weekend, a man steered a mini truck into a group of people in front of a restaurant in Munster, Germany. Approximately 50 people have been affected, of which three died, and dozens were injured, some in critical condition. At the end, the perpetrator shot himself. For now, nothing speaks for an islamic motive. The man was German, apparently with mental problems.

More and more details about the attacker’s background are slowly leaking out. According to SPIEGEL-Information, the perpetrator was a 48-year-old German, named Jens. R., who in the past had already shown conspicuous behaviour for being mentally ill. His apartment was searched for explosives, and investigators tested an object for explosion that, in fact, did blow up. Apartment residents were asked to leave the building beforehand.

The police additionally looks for clues to other possible perpetrators. According to some witnesses, there is the possibility that there have been other perpetrators involved in this who fled. This, however, still needs to be further investigated.

It appears that vehicles are increasingly being used to kill a large number of people. In the past, there already have been similar incidents like this throughout Europe, like the attack in Nice, France during summer 2016 with a cargo truck, and another in Berlin, Germany on a christmas market the same year. The chances of upcoming attacks like this are unpredictable and difficult to prevent because what speaks against owning a car?