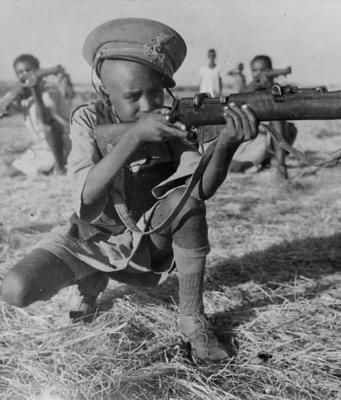 I have lived in Ethiopia for 18 years. I was born in the capital city which is Addis Ababa. It was pretty nice living there. I lived with my parents. I used to hear when they complain about the government. They were saying they don’t get enough money from their work. Also, they were sad about the conflict with Eritrea  because they had lost their friends. The Ethio-Eritrean war was happening when I was young.

I have my own experience in this 18 years about democracy and equality. The difference between man and women wasn’t equal. The democracy was pretty bad no one had a right to say what they want. The government gave the media cover that Ethiopia has equal right for everyone. It never happened in a real life since I left the country which is two years ago. It’s getting a little better now since  the new P.M came in the power.  There are 80 different ethnic group in Ethiopia. The Oromo people is one of the largest ethnic group and represent 34% of Ethiopia’s population. The Oromos language as a mother tongue, which is part of the Cushitic branch of the Afro-Asiatic langue family. The P.M is from this part of ethnic group and he wants peace and unity between all people who’s out there. 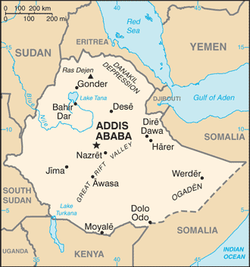 Background: the history of Christianity in Ethiopia

Christianity in Ethiopia dates to the ancient Kingdom of Aksum, when the King Ezana first adopted the faith. The largest Protestant group is the Ethiopian Evangelical Church Mekane Yesus, with about 5 million members. Roman Catholicism has been present in Ethiopia and  536,827 believers. The Ethiopian Orthodox Tewahedo Church is the largest of the Oriental Orthodox Christian churches. One of the few pre-colonial Christian churches in Sub-Saharan Africa, the Ethiopian Orthodox Tewahedo Church has a membership of between 45 and 50 million people, the majority of whom live in Ethiopia.

Lalibela is a town in the Amhara region of northern Ethiopia. It’s known for its distinctive rock-cut churches dating from the 12th and 13th centuries, which are pilgrimage sites for Coptic Christians. It is Carved out of the rock inside the ground.  My parents was born very close to this location. It is really popular place. A lot of tourist come every day and visit.

Independent from Imperialism until Mussolini

The Battle of Adwa was the climactic battle of the First Italo-Ethiopian War. Led by Emperor Menelik II, Ethiopian forces defeated an invading Italian force on March 1, 1896, near the town of Adwa in Tigray.  We also celebrate this day every year. It is a national holiday.  In the video below are people are celebrating The Battle of Adwa in Ethiopia.

The Second Italo-Ethiopian War, also referred to as the Second Italo-Abyssinian War, was a colonial war fought from 3 October 1935 until 19 February 1937, although Addis Ababa was captured on 5 May 1936. The war was fought between the armed forces of the Kingdom of Italy and those of the Ethiopian Empire.

The Industrial Power of Italy grew under the Fascist Dictator Benito Mussolini. Benito Mussolini was an Italian political leader who became the fascist dictator of Italy from 1925 to 1945. Originally a revolutionary socialist, he forged the paramilitary fascist movement in 1919 and became prime minister in 1922. Mussolini and fascism were realist, focused on achieving political goals.

Did Ethiopia take sides in the Cold War? No. they were non aligned (Neutral) 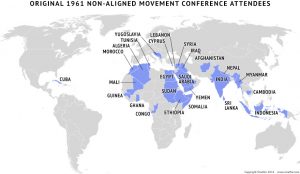 What was the trouble with Eritrea?

The war over claims to border towns was largely due to cultural and historical differences between the two states in the aftermath of Eritrea’s independence from Ethiopia. The disputed border towns had no significant economic value, with the fight once described as “two bald men fighting over a comb.”

What happened recently between Ethiopia and Eritrea?

At a summit in July 2018 in Asmara, Eritrea’s President Isaias Afewerki and Ethiopia’s Prime Minister Abiy Ahmed signed a joint declaration formally ending the state of war between Ethiopia and Eritrea.

First agreement sign between Ethiopia and Eritrea in Saudi Arabia